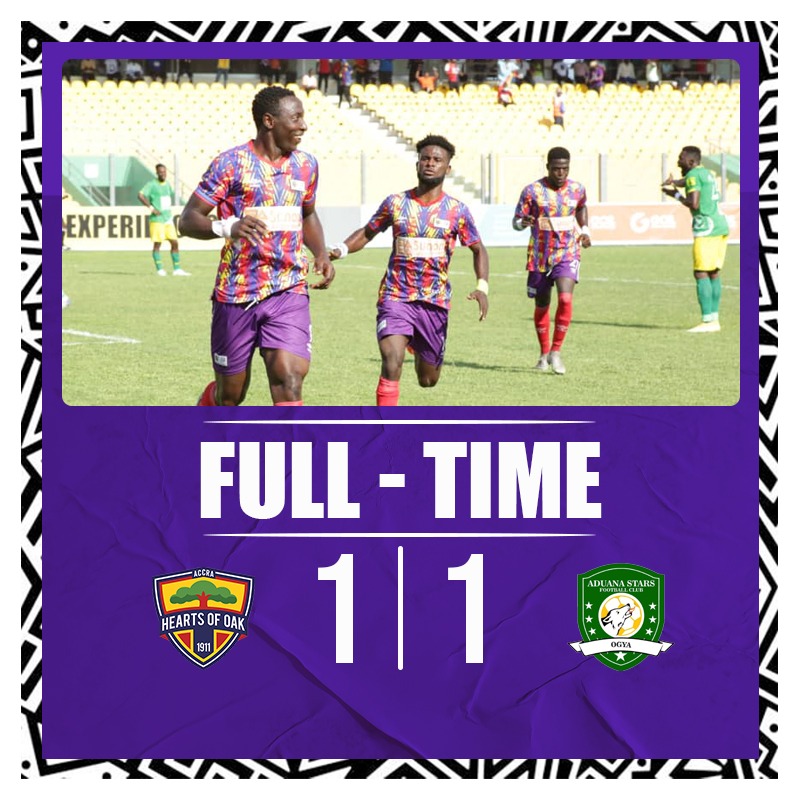 After three matches in the 2021/2022 Ghana Premier League, Hearts of Oak are still without a win.

The Phobians finished last season as Champions of the Ghana Premier League but have not played as champions since the new campaign commenced.

On the opening weekend of the season, the team uncharacteristically drew goalless with Legon Cities FC at the Accra Sports Stadium.

The following weekend, Hearts of Oka travelled to Sogakope where the team was held to a 1-1 draw by WAFA.

In a game where Hearts of Oak led at halftime courtesy of a strike from Kofi Kordzi in the 9th minute, Aduana Stars put up a fight and forced the match to end in a 1-1 draw at the end of the 90 minutes.

After Sunday's result, fans, players, and the technical team have started feeling frustrated and in dire need of a win in order to stay in the race for the league title.