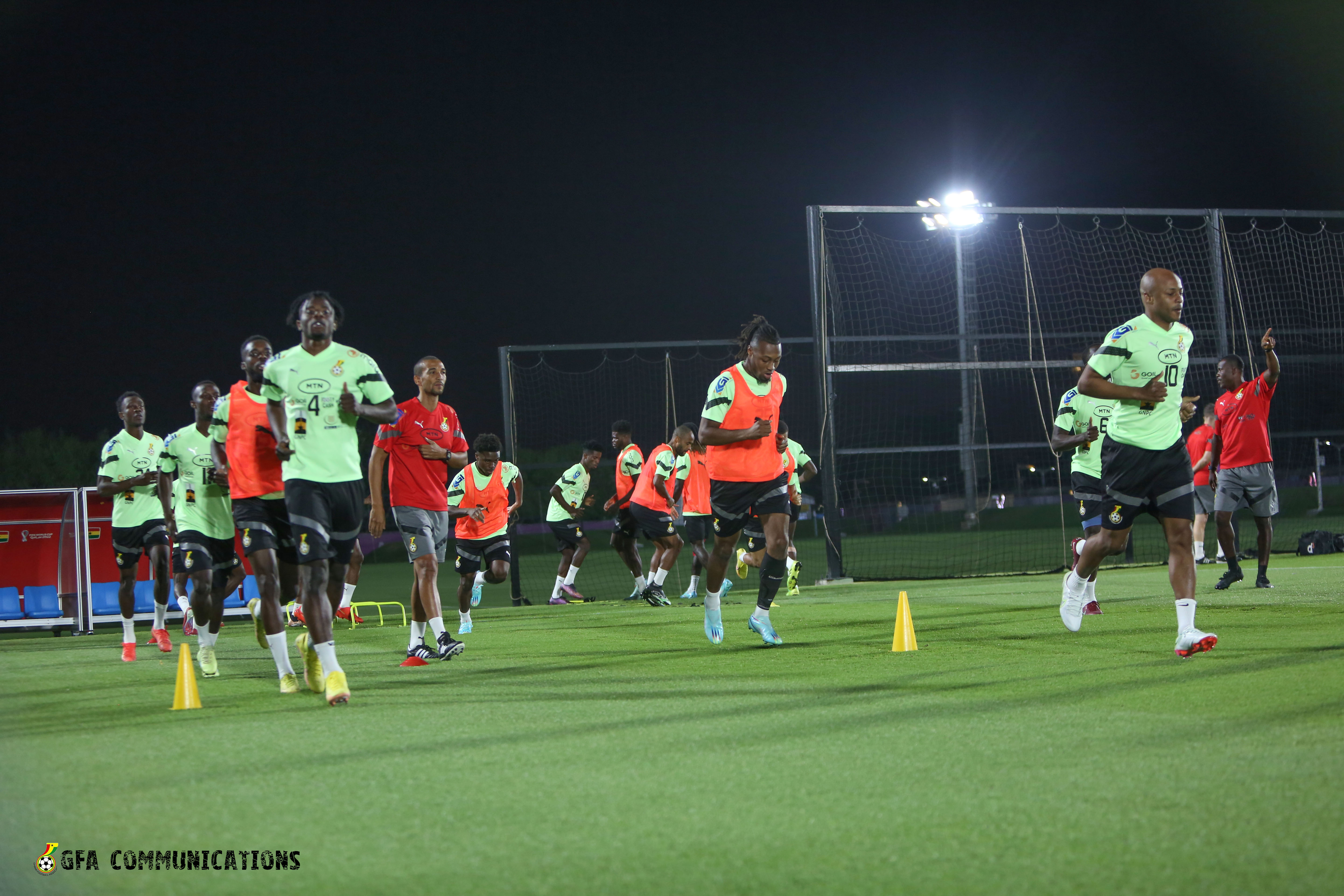 Black Stars of Ghana will hold their final training session today ahead of their second group game against South Korea at the 2022 FIFA World Cup in Qatar.

The training session is scheduled to take place at the Aspire training Centre at 13:30 GMT.

The first 15 minutes of training will be opene to the media for filming according to the Ghana Football Association (GFA).

All 26 players are expected to take part in the training session as coach Otto Addo fine tune his squad for the penultimate Group H game on Monday.

The match is scheduled for the Education City stadium at (13:00 GMT).