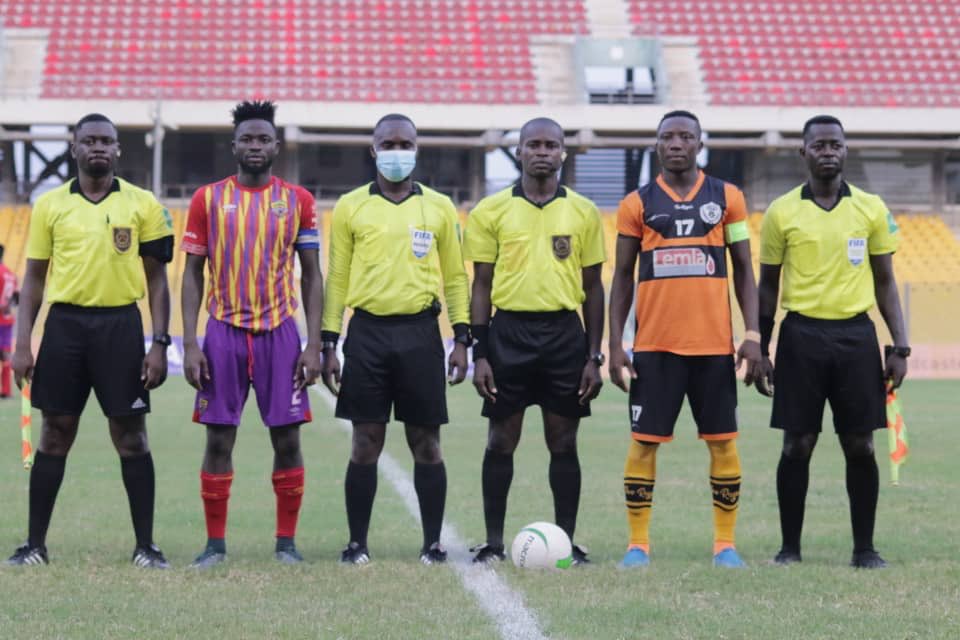 Hearts of Oak after wasting a number of chances on Sunday afternoon managed to salvage a late draw against Legon Cities FC courtesy of a strike from Kwadwo Obeng JNR.

The Phobians today hosted the Royals at the Accra Sports Stadium in an encounter that is serving as a Matchday 13 fixture of the 2020/2021 Ghana Premier League season.

The home team started the match with impressive intent but could not get on the scoresheet despite being given a penalty pick in the 15th minute.

In the moment youngster Umar Manaf stepped up to the take the kick, he never looked like scoring and shot his effort wide off target.

Although Hearts of Oak will come in strong, they could not convert the chances they created and had to go into the break trailing.

After several wasted attempts, Hearts of Oak finally had the break through in the 86th minute when striker Kwadwo Obeng JNR found the back of the Legon Cities net.

In the dramatic end to the match, neither side could get on the scoresheet and have settled for a draw as they share the spoils.