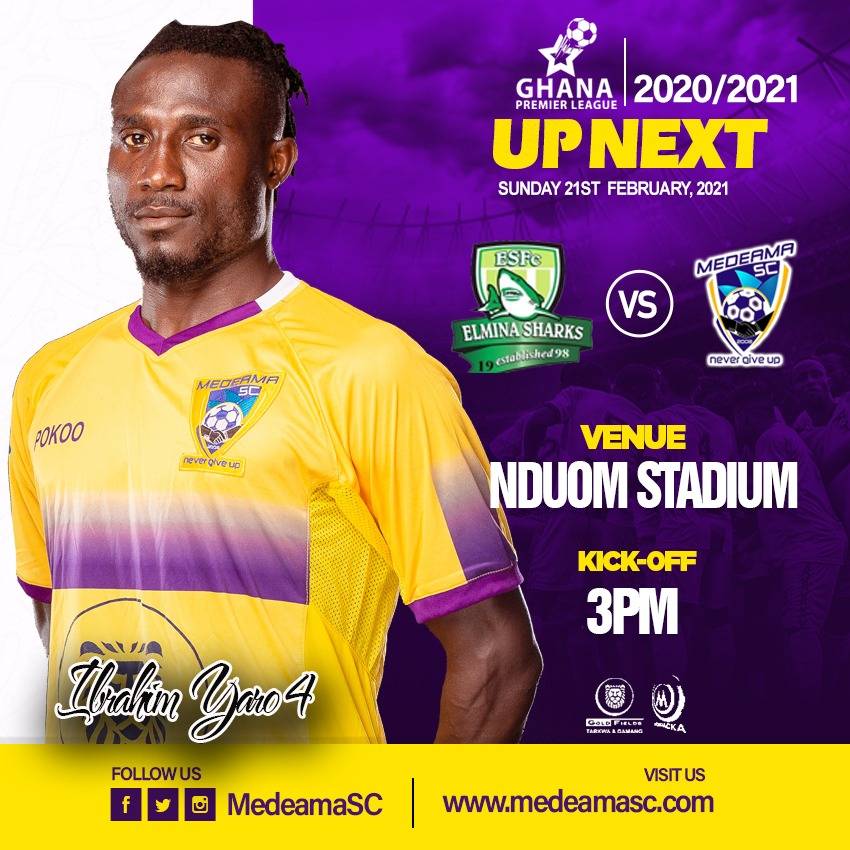 Ghana Premier League top four chasers Medeama SC will be in the Central Region on Sunday to lock horns with Elmina Sharks on matchday 15 of the ongoing season.

With a slow start for the Yellow and Mauves, the 2020/2021 Ghanaian top-flight league has been very difficult for the side.

Their inconsistencies and inability to pick wins when it matters most continue to cause the team from Tarkwa as they currently sit in the bottom half of the league table.

This weekend, Medeama SC makes a difficult trip to the Cape Coast Stadium where they have been scheduled to take on Elmina Sharks.

The opponent has not been consistent either but always put up a fight when they are in action.

Later on Sunday, both teams are expected to give it their all in search of the crucial maximum points to enhance their positions on the league table.

For the home team, a win will see them move to safety and away from the relegation zone. While for Medeama SC, they want to record a win to stand a chance of making it into the top four of the league table at the end of the matchday.