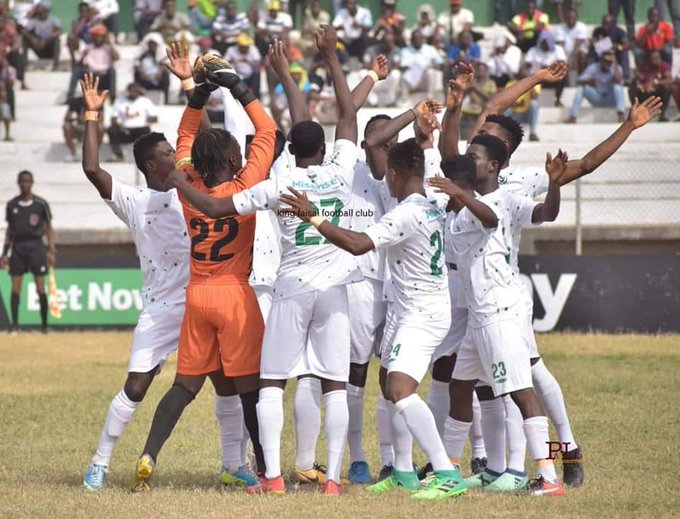 King Faisal remains without a win in the ongoing 2019/2020 Ghana Premier League season after drawing 2-2 with Bechem United on Match Week 4 on Wednesday afternoon.

In a midweek encounter played at the Baba Yara Sports Stadium, Alhaji Grusah's team was hoping to record a first win of the season after suffering 3 consecutive defeats since the season started.

Their plan worked to perfection in the first half as there deservedly went into the break with a 2-1 lead. First, Kwame Peprah put them in front before Prince Adu Kwabena's equalizer 3 minutes later restored parity for Bechem United.

Two minutes after that goal, King Faisal scored again through Ibrahim Osman to take the lead for the second time in the match.

It was however canceled in the second half when Prince Adu Kwabena found the back of the net against to complete his brace. Despite efforts of both clubs to get the winning goal, it all ended two-all at the Baba Yara Sports Stadium.