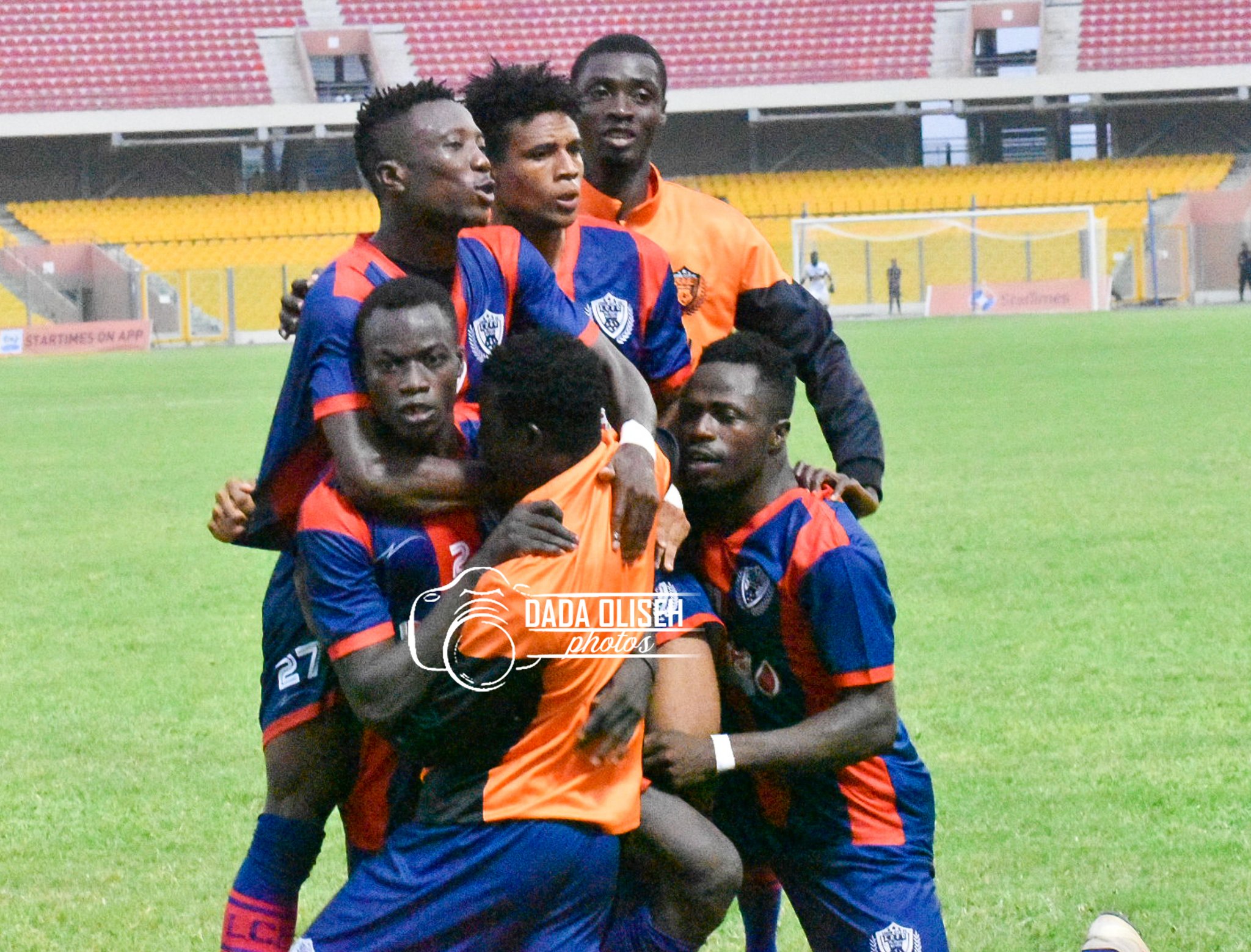 Legon Cities FC has finally bagged their first 3 points of the 2019/2020 Ghana Premier League season after posting a 1-0 result over Bechem United this evening.

The club, formerly called Wa All Stars, has struggled for a win since the ongoing season started in December 2019. In a run of five previous games, the club recorded 3 draws and suffered 2 losses.

In a match week 6 fixture of the Ghana Premier League played at the Accra Sports Stadium today, Legon Cities FC has finally crossed the line with a win.

The club started the game very well and made their intentions known right from the blast of the first-half whistle. Four minutes into the encounter, coach Goran Barjaktarevic’s side was awarded a free-kick in a promising position.

Abdul Karim Jabila assumed deadball duties and smashed his effort straight into the back of the net to give Legon Cities FC the lead.

It was enough to send the home team into the first half break with the lead and subsequently separated the winners from Bechem United at the end of the 90 minutes.

Legon Cities FC will now hope they build on today's games in sequent matches to enable them to improve their position on the standings of the division.