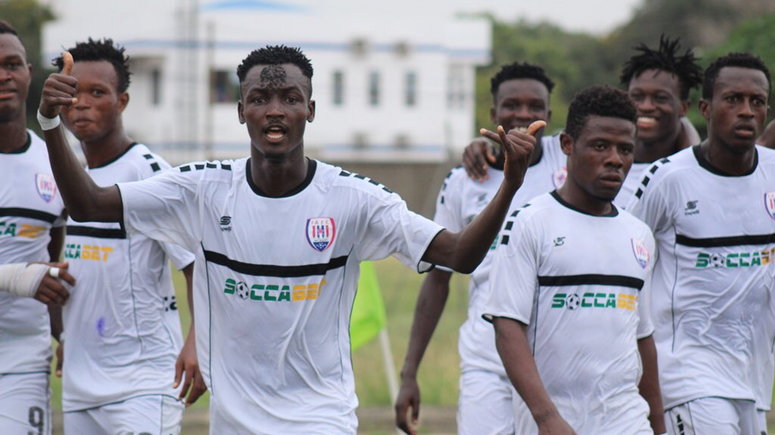 Inter Allies survived a scare to draw 1-1 with West Africa Football Academy (WAFA) on Sunday afternoon when the two clubs locked horns in a Match Week 5 fixture of the 2019/2020 Ghana Premier League season.

The Academy Boys went into the away match in good spirit following a good run of four matches without recording a defeat in the ongoing Ghanaian top-flight league.

As expected, WAFA played free-flowing football and went on to take the lead a little after the 20th-minute mark when Eric Asamany chipped the Inter Allies goalkeeper.

The equalizer gingered a revival in the performance of Inter Allies as they pushed for a goal to draw level. After creating a lot of chances in the remaining minutes of the first half, they finally got the breakthrough in the final minutes when captain and star man Victorien Adebayor found the back of the net.

The two teams returned from the break to put up an entertaining match but could not get the goal that would have earned them the three maximum points, the match eventually ending 1-1.