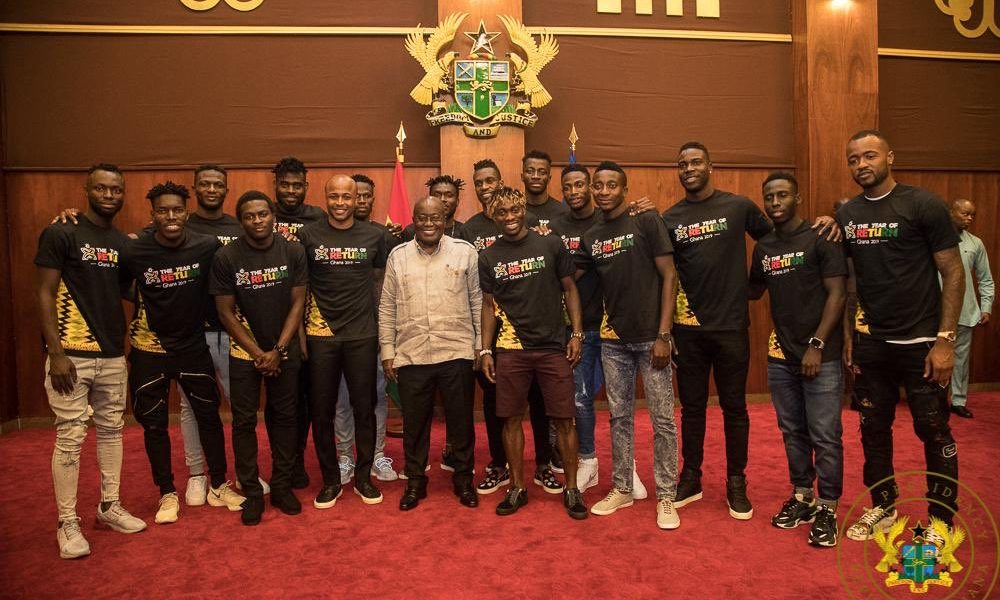 Astute football administrator, Alhaji MND Jawula has reiterated that the involvement of Ghana’s President Nana Akufo-Addo in the Black Stars quest to win the AFCON title will urge the team on to the ultimate.

President Akufo Addo intervened when Asamoah Gyan decided to retire from the national team ahead of the Africa Cup of Nations due to the captain.

However, the former Ghana FA boss in an interview with Accra based Atinka FM recounted the days of ex-President Kwame Nkrumah and other African presidents who were pivotal in their respective national teams leading to their sides winning the AFCON trophy.

According to him, the direct involvement of Nana Akufo-Addo in this year’s Africa campaign will urge the players on to win the ultimate.

"The direct involvement of the President (Nana Addo) will prove very critical to the team's quest to win the trophy”, he told Atinka FM.

“It will send a very clear message to the players that look, the most important person in the land is monitoring you so go to the pitch and sacrifice. That alone is great motivation.

"It happened under Kwame Nkrumah, Kenneth Kaunda and other African presidents who showed such interest were able to win. I think it will happen for the Stars this time", he added.

There have been reports in the local media that this year’s AFCON campaign has been declared as a presidential project with a budget of $8 million allocated.

The Black Stars will be hoping to end their 37-years AFCON drought at this year’s tournament.

Ghana has been paired alongside defending champions Cameroon, Benin and Guinea-Bissau

The Black Stars will begin their campaign against Benin on June 25 at the Ismaili Sports Stadium.