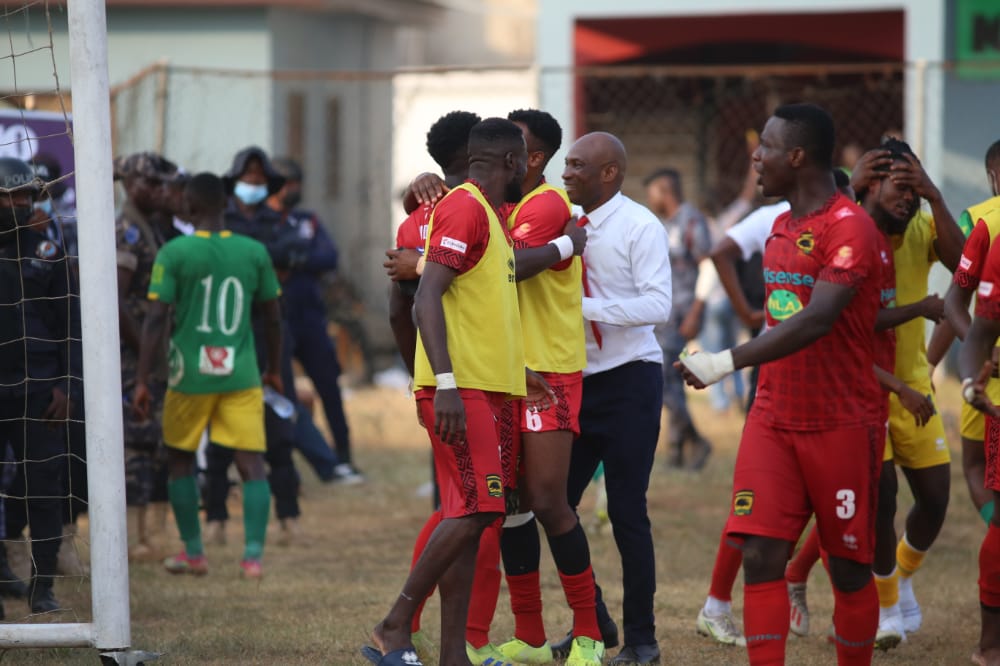 George Mfegue and Richmond Lamptey scored a goal apiece to seal a 2-0 win in Dormaa - their fourth away win of the season.

The victory was the visitors’ first league triumph over the Fire Boys in Dormaa in 10 years.

"These jinx have been there over the years and we’ve been able to break them."

“We kept to our game plan keeping the ball on the turf, looking at the pocket of spaces and playing the ball through."

Asante Kotoko are at the summit of the Ghana Premier League table with 23 points, same points as regional-rivals, King Faisal but have one outstanding game against Hearts of Oak.

Kotoko will take on Ashanti Gold SC in their match wee 12 tie on Sunday.