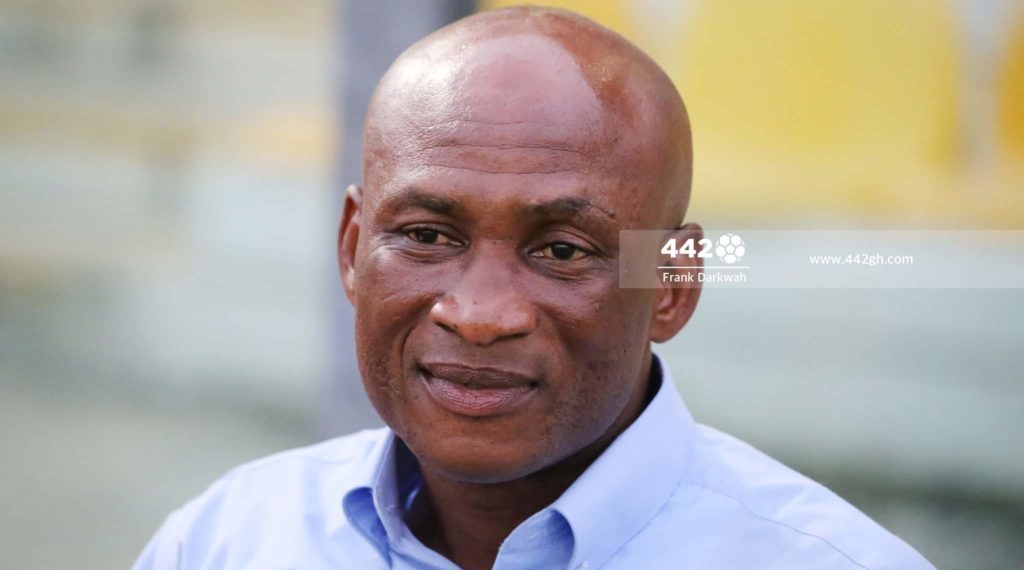 Asante Kotoko head coach, Prosper Narteh described Berekum Chelsea's pitch as 'bumpy' after his team were held to a goalless on match week 13 of the Ghana Premier League.

The Porcupine Warriors fought hard to seal a point at the Gold City Park at Berekum after goalkeeper Danlad Ibrahim pulled a great stop to deny Stephen Anokye Badu's penalty on the 77th minute.

Speaking in his post-game interview, coach Narteh blamed the bad pitch for their draw.

"I'm satisfied with the results especially looking at the nature of the game. The pitch didn't allow us to keep the ball on it as you Kotoko to be now. The pitch is too bumpy so we didn't circulate balls and create chances like always so I will attribute it to the pitch," he said.

"It wasn't a penalty but then I was confident. Spoke to Danlad, told him to stay calm and keep his eyes on the ball, pick his spot and he did exactly that."

"Yes tactically, we did well especially my defenders. They played so well and I must commend them for that."

Asante Kotoko will host at the Baba Yara stadium in their next Premier League game.