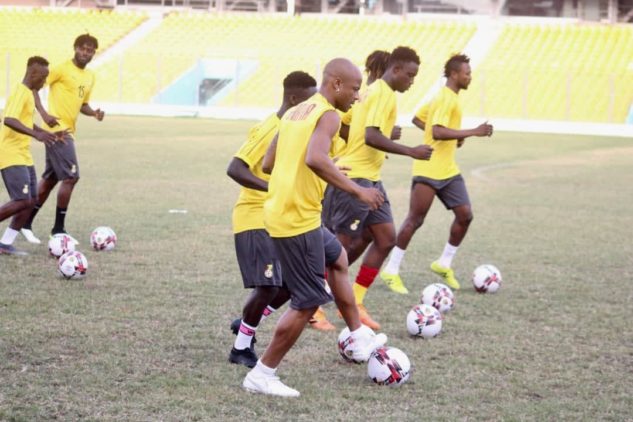 Black Stars of Ghana will commence training at the Cape Coast Stadium on Tuesday ahead of the 2021 Africa Cup of Nations qualifier against South Africa.

Coach Kwesi Appiah put the players through their paces at the Accra Sports Stadium on Monday, however the team is expected to leave Accra for Cape Coast on Tuesday to continue preparations for the clash.

The players will interact with the supporters in Winneba and Mankessim on their journey to Cape Coast on Tuesday in bid to bring back the love for football in the country.

Ghana will face South Africa on Thursday at the Cape Coast Stadium before travelling to São Tomé and Príncipe to play them four days later.