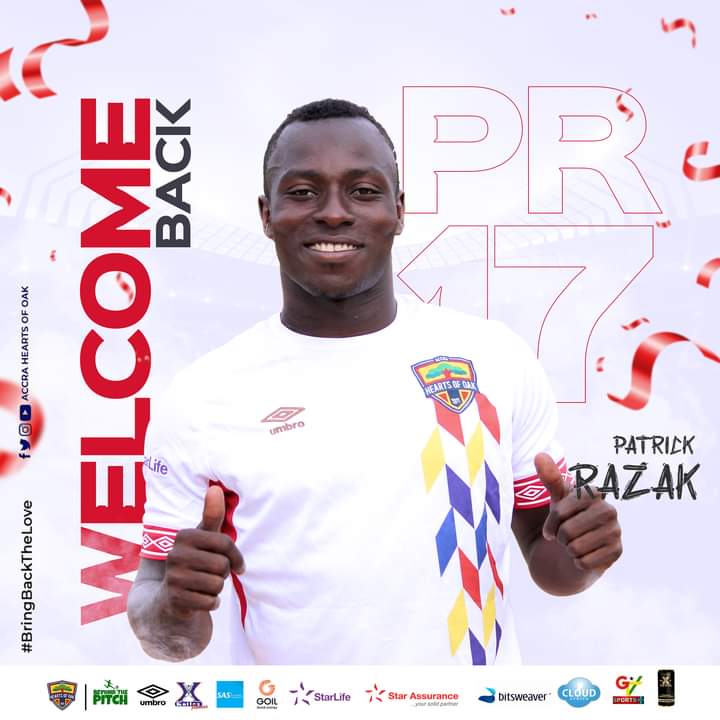 The official announcement from the Phobians come weeks after training with the club for the past months.

Patrick Razak is likely to feature in th game against Aduana Stars in Dormaa.

He was a hit for the club in the 2016/2017 campaign where he established himself as one of the most dangerous attackers in the country.

He later joined Guinean outfit Horoya AC but ended his spell outside the country earlier this year after successive injury setbacks.