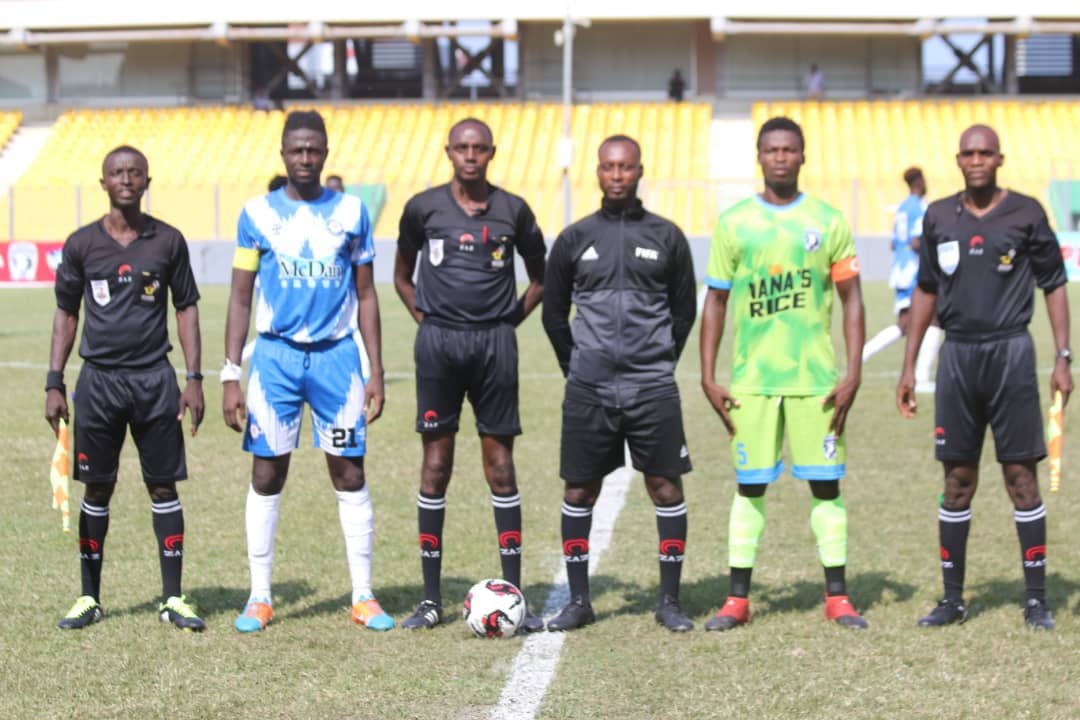 In the first match of the season, Great Olympics have defeated Bechem United 1-0 at the Accra Sports Stadium.

Nicknamed the Hunters, the team from Bechem today travelled to Accra to take on Olympics in the first match of the new league season.

In a first half of many action, both teams created a number of chances but could not equalize before the referee whistled for the break.

After recess, Great Olympics put up a good performance but was matched boot for boot by the visiting team.

Late in the 82nd minute, Samuel Abbey Quaye scored with a tap in to open the scoring for Great Olympics.

Despite a spirited effort from Bechem United in the remainder of the exciting contest, the visitors could not score and had to succumb to a narrow 1-0 defeat at the end of the contest.

On Sunday, as many as six matches has been a scheduled to be played. Hearts of Oak’s encounter against Aduana Stars in Dormaa is the biggest game that will be played.