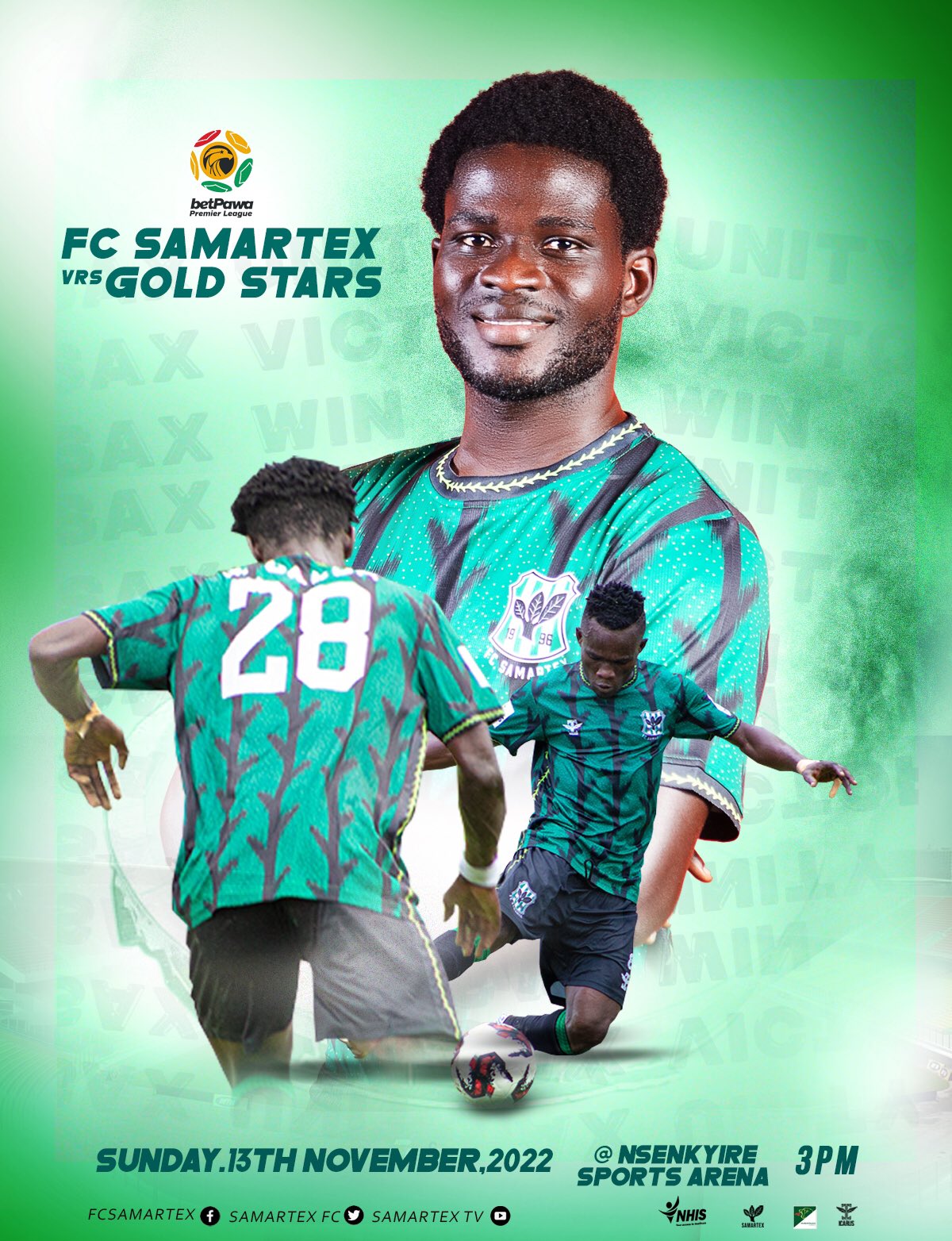 The 2022/23 Ghana Premier League season is continuing this weekend as the campaign prepares to break for the 2022 FIFA World Cup.

This weekend, all is clear for all nine scheduled games to be played at the designated match venues.

One of the six games that will be played on Sunday will be a clash between Samartex FC and Bibiani Gold Stars.

Newcomers Samartex FC have lost just one of five games this season but remains without a win.

All four other games this season ended in draws as the team, unfortunately, missed some good chances.

With just goal difference separating the team and the relegation zone, head coach Annor Walker is keen on leading the team to victory this weekend.

The opponent, Bibiani Gold Stars have been strong this season and has two wins with six points from the first five matches.

Currently 11th on the league log, Gold Stars want to secure a win against Samartex FC to climb higher on the standings.

Samartex FC goes into the game as the much more motivated side. Hungry for a first win of the season, the team stands a better chance of getting a win on Sunday.

The clash between Samartex FC and Bibiani Gold Stars will be played on Sunday, November 13. The game will kick off at 15:00gmt.