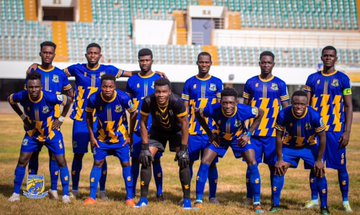 Tamale City are winless in the seven games they have played and scored only three goals so far. On the other hand, Aduana Stars lead the league table with 16 points and have scored 10 goals so far after seven matches played so far.

The Tamale-based side are currently bottom of the league with only three points and look to end the campaign with a win.

Aduana Stars have won two and lost one of their three games away from home so far.