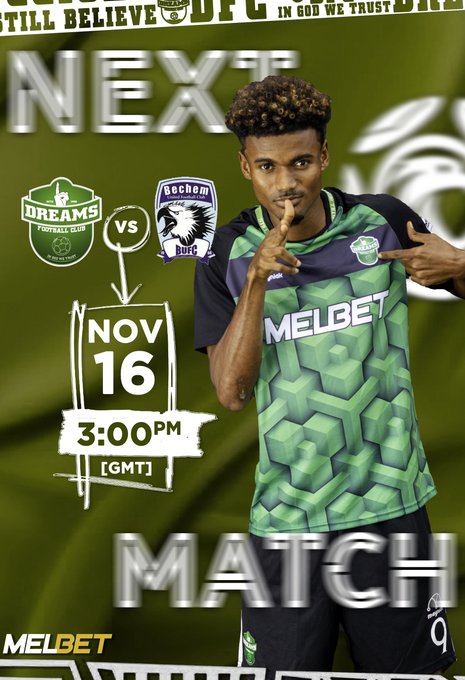 The Ghana Premier League enters match week seven and Dreams FC will welcome Bechem United to the theatre of Dreams on Wednesday, November 16, 2022.

The game will be both teams' final round of matches before the topflight halts for the 2022 World Cup.

Dreams FC will hoping to end on a high in front of their home fans with a win after losing their last Premier League game against Nsoatreman last weekend.

The Still Believe lads are 12th on the league table with seven points after six matches played so far.

Dreams are winless in their last four matches dating back to September 17 when they defeated Kotoku Royals 1-0 at home.

Bechem United, on the other hand, have lost their last two league games after failing to build on their impressive win over reigning champions Asante Kotoko.

The Hunters lie 13th, one place behind Dreams with six points.