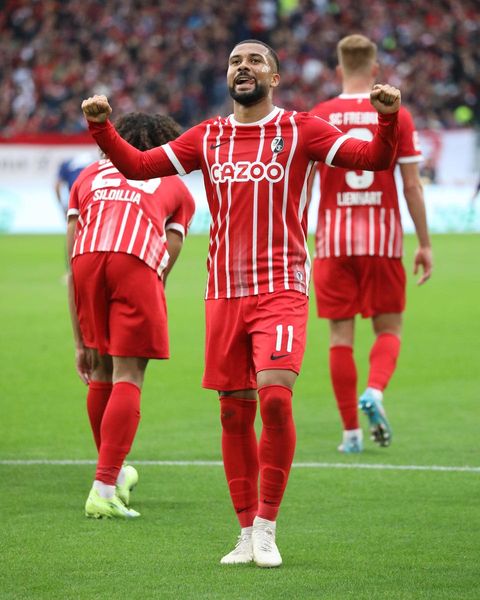 Ghana forward Daniel-Kofi Kyereh is elated to bag his first goal of the season for Freiburg in their 2-1 win over Mainz 05 in the German Bundesliga on Saturday.

The 26-year-old put up an impressive performance as he helped his side continue their winning streak after the international break.

Only the worse goal difference prevented Freiburg from regaining the lead in the table that they had already held after the fifth matchday. Mainz, on the other hand, remained without a win for the third time in a row.

Freiburg took an early lead through Michael Gregoritsch in the 3rd minute of the game before Kofi Kyereh doubled their lead in the 37th minute to secure the three points for the Europa League participants.

Aarón’s goal in the 52nd minute was not enough for Mainz to stage a late comeback.

Kofi Kyereh, who featured for Ghana during the September friendlies has made 10 appearances for Freiburg across all competitions this season, scored one and provided one assist in the process.