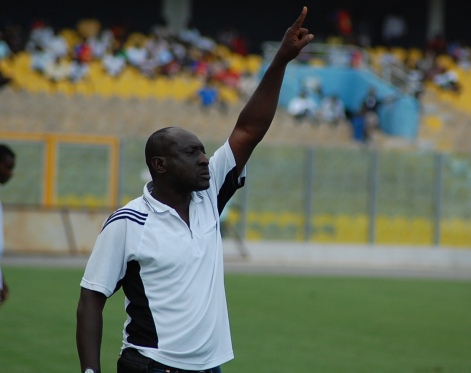 Aduana stars coach Yussif Abubakar has credited his players for their mental toughness after picking a point against Medeama SC at the T&A park on Sunday.

The away side, Aduana Stars held Medeama at their own backyard after producing a resolute performance against the Mauves and Yellows.

The former Champions are chasing a first league title since winning it in their debut campaign.

Speaking after their 0-0 draw with Medeama Coach Abubakar says they have to be mentally prepared to win the league.

“It’s all about the mental toughness of the boys of the boys; I have warn them that when it gets to a such levels so many things have to be done by the boys themselves,’ he said after the game.

“We the coaches have little things to do, because, we have done it up to this level so the remaining matches you look at your position and psyche yourself and tell yourself what you can do and do it very well and I think the boys have done well and I congratulate them,” he added.

Aduana are now top of the table with 44 points but two games ahead of second place WAFA.