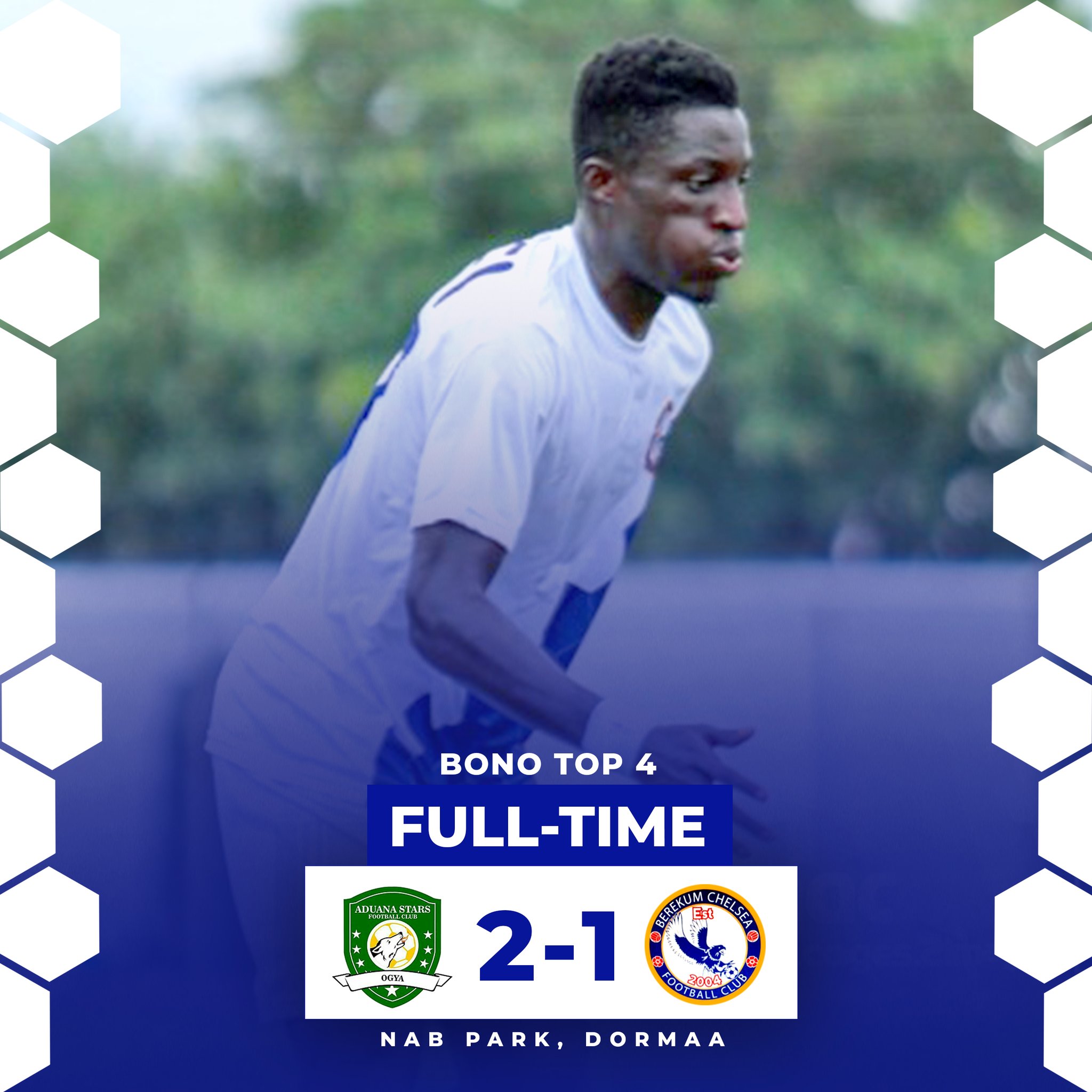 The Bono & Ahafo Top 4 tournament has continued today with another exciting contest.

At the end of the contest staged at the Nana Agyemang Badu II Park, both teams finished the game elated with the outcome of the exercise although the Blues suffered a defeat.

A strong display by Aduana Stars saw the team defeat Berekum Chelsea 2-1 at the end of the 90 minutes.

The game was supposed to be played on Sunday but was rained off due to heavy rains.

More games in the mini-tournament will be played as the week progresses.