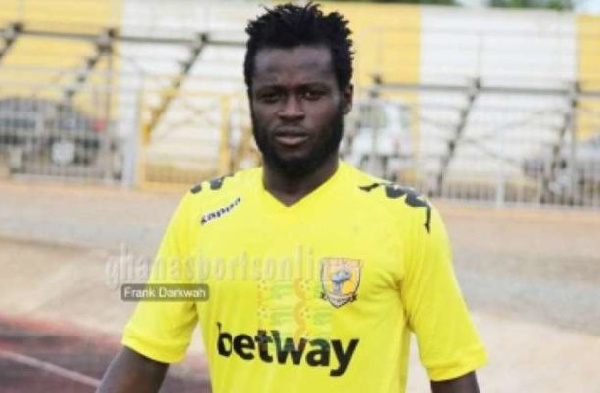 Ex- AshantiGold striker Hans Kwoffie has pleaded with Ghanaians to stop calling players who returns to play the GPL as Old players.

According to the former Ghana Premier league top scorer, players who dubs in other leagues and return home are not Old players as most started their career at the early age.

"The enjoyment of the game is not up to expectations because not all clubs have those players who can entertain fans. People should stop calling as old players and pave way for us to excel in the Ghana league." Kwoffie told Kumasi based OTEC Fm.

"We have many players who are not that old but because they started their careers earlier, people tag them as old players. Those called old players perform really well in the Sunday's and Monday's special" He added

"I played with players who were 41 years in the Tanzania league but in Ghana people start calling you old player when you are 33." He Concluded

Hans Kwofie won the Golden Boot in the 2016/17 season after scoring 17 goals for the Miners.