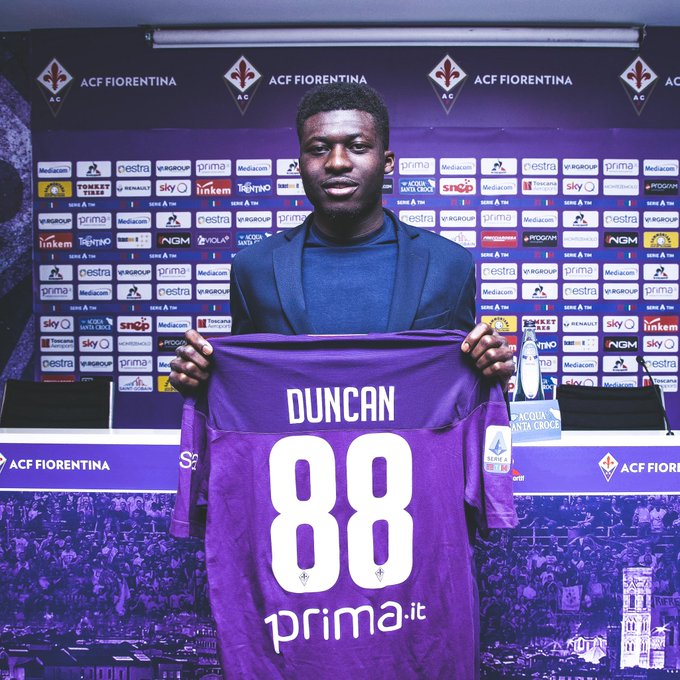 Ghanaian international Alfred Duncan has opened up on why he opted for the number 88 jersey at his new club ACF Fiorentina.

The Black Stars assets secured a loan move to the Viola side on deadline day of the winter transfer window in a deal that has the possibility of being made permanent at the end of the season.

At his presentation to the Italian media at his first press conference with the club, Alfred Duncan lifted up a jersey with number 88 on it.

Explaining the motive behind the decision, the budding midfielder shred that he has worn number 8 jersey in the past but it is not available at Fiorentina. He opines that he believes he has improved over the past few years and hence decided to add another 8 to it.

"I had number '8' at Sassuolo, but here there's already a very strong player wearing that number. I feel I've improved, so I chose twice the number, with 88”, Duncan said.

He additionally observed that he has settled into his new team and feels good ahead of their meeting with Sampdoria next weekend.

"The team is strong, with great lads who are helping me integrate. I feel good on the pitch, thanks to my teammates and the coach"