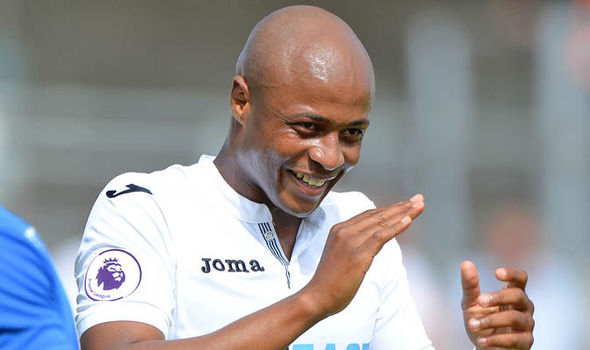 New Fernabache signing Andre Ayew says he is ready for the challenge ahead after sealing a move to the Turkish side last Friday.

Andre trained with his new teammates for the first time on Saturday and for him the vision of the club is in line with his ambitions, hence he is ready to give his all to the club.

"Fernabache is a big club, a club that has a new project, new sporting director and a new chairman so the club want to get to another level and that touched me," he said

"When we started discussing i realised the project was very serious and that the future of Fernabache is very bright so i wanted to be part of this project which is starting so i know there are a lot of expectations and that is why am here to make sure that everything goes well."

Ayew's first task of the new season will be to help negotiate a tricky Champions League playoff route which will see his side take on three time European Cup winners Benfica to earn a place in the group stage.