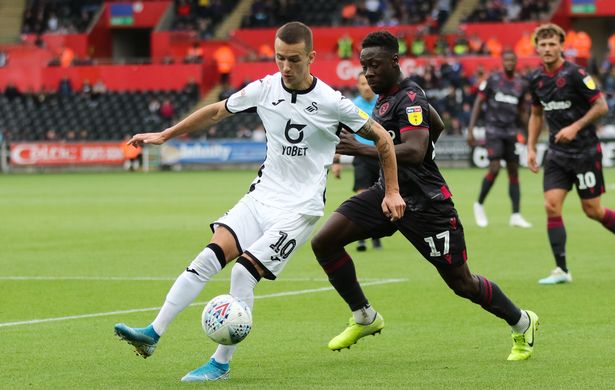 The Swans were linked with a move for the Ghana international when they were still in the Premier League but it never materialized, despite Swansea allegedly making a £3m bid when the player was at Barnsley.

Swansea has since been relegated from the top flight, although a flying start under Steve Cooper has unexpectedly placed them among the early contenders for promotion.

However, they currently go into Wednesday's clash with Charlton on the back of three league games without a win, with Yiadom's last-minute equalizer denied them all three points against a spirited Reading side.

Yiadom opened up on the proposed move to Swansea City.

"I was close to signing for Swansea, It didn’t happen in the end but I’m happy where I am. They were a Premier League team at the time and playing at the top level is one of my dreams – but that’s football.