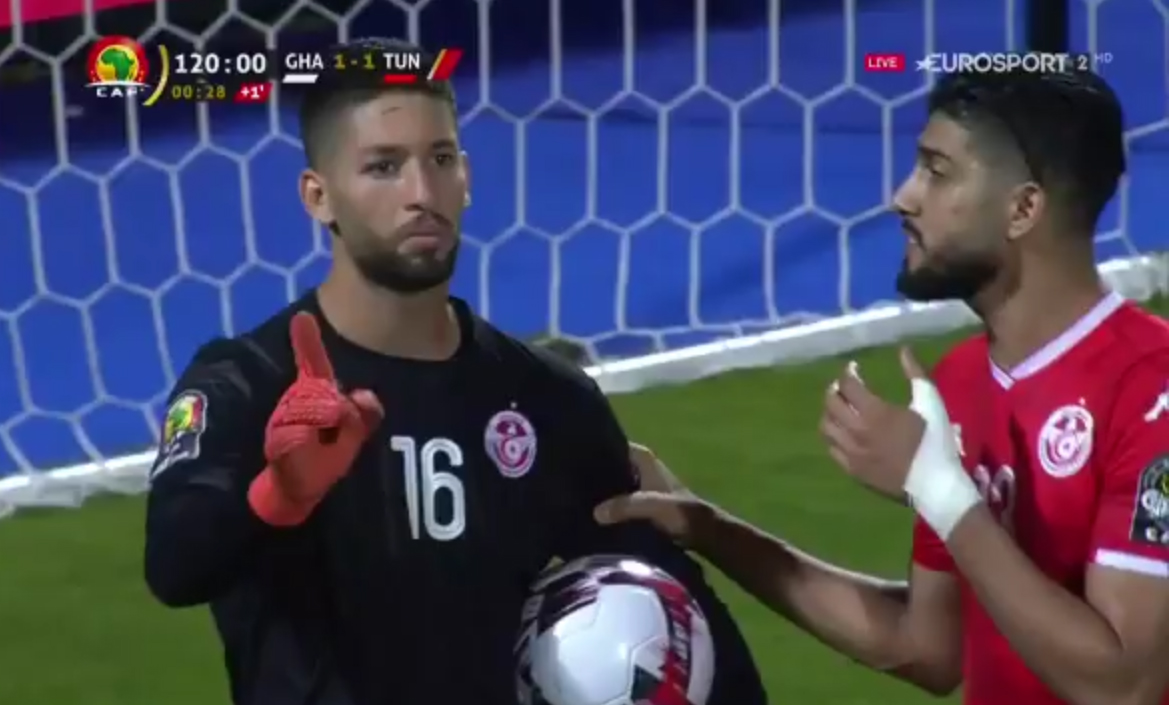 REBEL keepers are all the trend this year - and Tunisia's No1 became the latest to 'do a Kepa' by refusing to come off the pitch.

Tunisia's round of 16 clash with Ghana at the African Cup of Nation was levelled at 1-1 in extra-time and heading to penalties.

So as the clock ticked towards full time, Ben Mustapha was gloved-up and ready to come on at the touchline.

But when Hassen saw his number go up, the keeper began waving his hand furiously as he refused to be brought off.

Eventually, Hassen begrudgingly trudged off. But the decision proved to be a wise one as Tunisia advanced to the quarter-finals.

The awkward incident brought back memories of the Carabao Cup final at Wembley in February between Chelsea and Man City.

Then Blues boss Maurizio Sarri had Willy Caballero ready to come on as the final headed towards penalties.