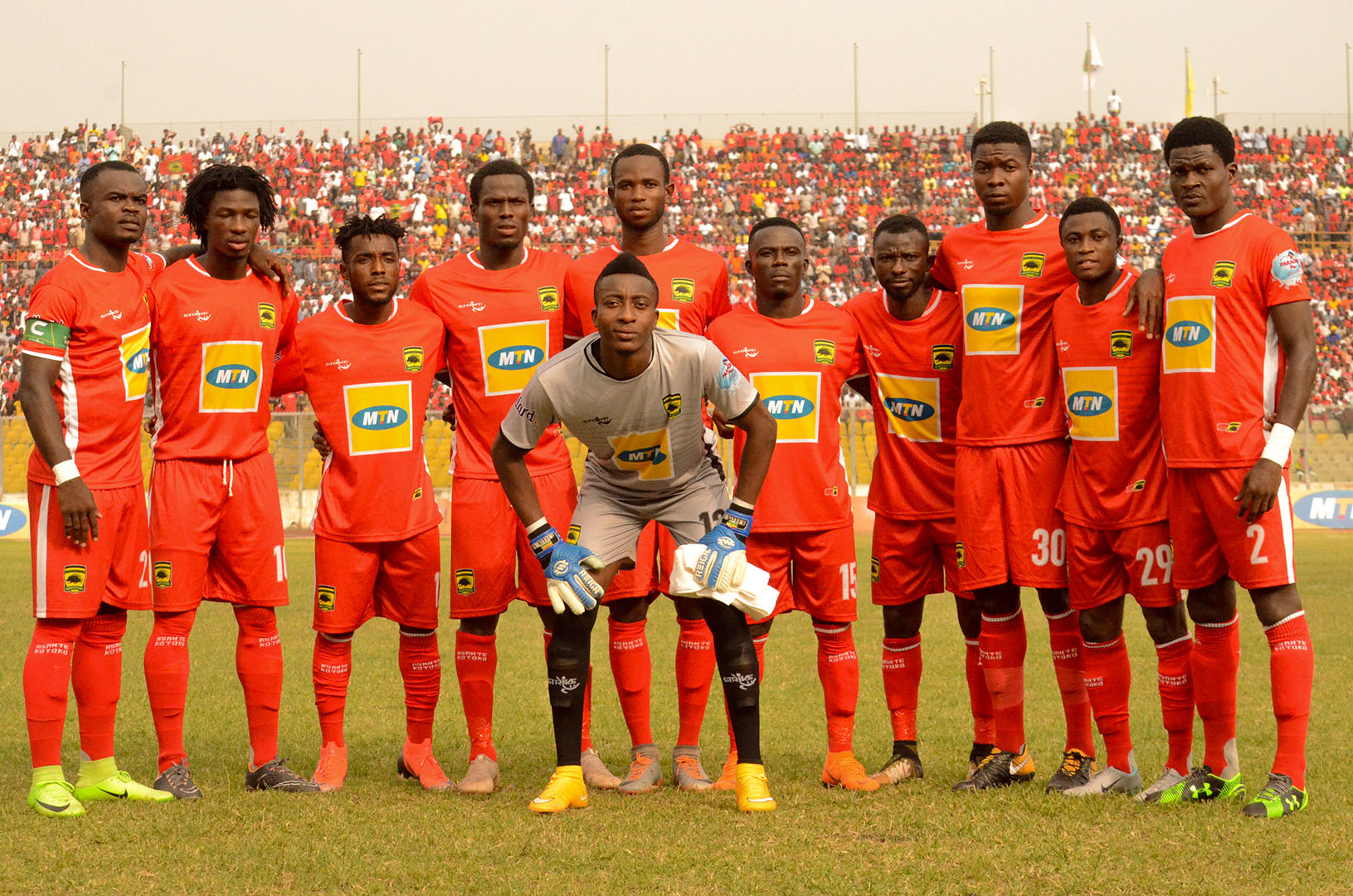 Ghana’s footballing pedigree in Africa is unquestionable. The West African country has produced several teams such as Accra Great Olympics, Sekondi Hasaacas, Accra Hearts of Oak, and Kumasi Asante Kotoko who have gone on to make an impact in African football.

The last time Ghanaian football fans saw the coveted Champions League trophy was in 2000 when Accra Hearts of Oak defeated Esperance in Accra.

Despite winning their last African trophy in 1983, the Kumasi based club is the only Ghanaian club to have won the CAF CL multiple times (2). Since their continental triumph 39 years ago, the closest they have come to replicating their previous success was reaching the finals in 1993 and 2002.

The Porcupine Warriors’ frequent change of management has been one of the main reasons for their demise.

The dark days of Ghanaian football erupted when perennial heavyweights Hearts and Kotoko lost their prowess to compete and were kicked out of the tournament by ‘smaller clubs’. Since 2012, only three Ghanaian clubs have appeared in the group phase of any CAF inter-club competition. That’s Berekum Chelsea in the 2012 Champions League, Medeama SC in the 2016 Confederations Cup, and Aduana Stars in the 2018 Confederations Cup.

This consistent failure reduced Ghana’s coefficient rankings, leading to their drop in continental ranking, which forced CAF to strip off a slot from Ghana at both the Champions League and the Confederations Cup.

The performance of Berekum Chelsea and Medeama SC gave the country some renewal of vitality to recapture the lost slots. However, their appearance was short lived and soon followed their return to oblivion.

Regardless of their stature, Asante Kotoko has shockingly been eliminated from continental competitions by “unknown teams” in recent years, with the latest being Carra Brazzaville of Congo in the last edition of the Confederations Cup.

Despite the team’s troubles, coupled with the suspension of football in Africa, Executive Board chairman Prof Kwame Kyei isn’t scared of forking out money for players to purchase to make Kotoko great again. With a hungry and technically gifted team led by coach C.K Akonnor, and the experienced players like captain Amos Frimpong, Jordan Opoku, Maxwell Baakoh, and former T.P Mazembe midfielder Daniel Nii Adjei, it seems that positive winds will blow around the enclave of Kumasi.

Asante Kotoko were paired against Cotton Sports Garoua in the playoff round of the Confederations Cup after edging out Kariobanji Sharks from Kenya. The Porcupine Warriors dispatched the Garoua based club with class following a stunning 3-2 win in the first leg in Yaounde before finishing the deal in Kumasi to come out of the draw winning 5-3 on aggregate. The 3 goals netted in Cameroon was the club’s first time scoring three goals outside Kumasi in African competition since 2002, and the result gave Asante Kotoko the opportunity to serve its vociferous fans group stage football at the cathedral of football in Kumasi.

Ghana’s only hope in Africa has produced valiant results so far, which perhaps has reinforced the belief that they are no more the sleeping giants on the continent. Clearing this hurdle will mean Asante Kotoko are once again at the money zone for the first time since 2008 and has also exorcised the ghost that has haunted them at the early stages in such competitions with eliminations at the hands of MC Eulma, MO Bejaia of Algeria, Barrack Young Controllers (Liberia) and Carra Brazzaville of Congo freshly in their minds.

It’s now imperative for the Porcupine Warriors to keep Ghana’s burning flames alive this time as the country continues its hunt for their 5th AFCON crown.

Kotoko, who are paired in group C with Zesco United and Nkana FC all from Zambia and Sudan’s Al Hilal Omdurman, must ensure they make their home invincibility count by winning all their games at Baba Yara Stadium before getting a win away which seals qualification for the quarterfinals.

“Participating in the Confederation Cup group stages is more like an African Cup, they know this is the platform to exhibit their talents. If we are doing well, we have to do more. We know it is demanding, it is a daily job and they have to understand. Gradually we’ve been able to input in them the fact that we will always have to put up a good effort and that is the message.” Coach C.K Akonnor spoke to Kwese Sports.

The above statement from the ex-Black Stars captain indicates his desire to make Kotoko great again when the group phase gets underway.

Kotoko has managed to keep the hearts of its faithfuls close to them throughout their recent struggles. The fans are expectant, Ghanaians are waiting for the good news of their qualification to the next stage to serve as a revival of Ghanaian Football.