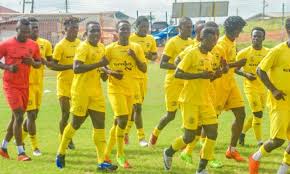 Asante Kotoko players have been handed a five-day break following their exit from the 2019 Caf Confederation Cup on Sunday.

The Porcupine Warriors were crashed out of Caf second-tier competition after a 2-0 defeat to San Pedro in Abidjan, losing the tie 2-1 on aggregate, having won the first 1-0 in Kumasi at the Baba Yara Stadium.

The players touchdown in Ghana on Monday and were asked to take a five-day leave before returning back to the club.

Coach Kjetil Zachariassen is yet to return with reports indicating the Norwegian will be sacked on arrival after failing to qualify the team to the group stages of Caf Confederation Cup after they were eliminated from the Caf Champions League by Etoile Du Sahel.

The team will return to camp next week to start preparations for the upcoming Ghana Premier League.