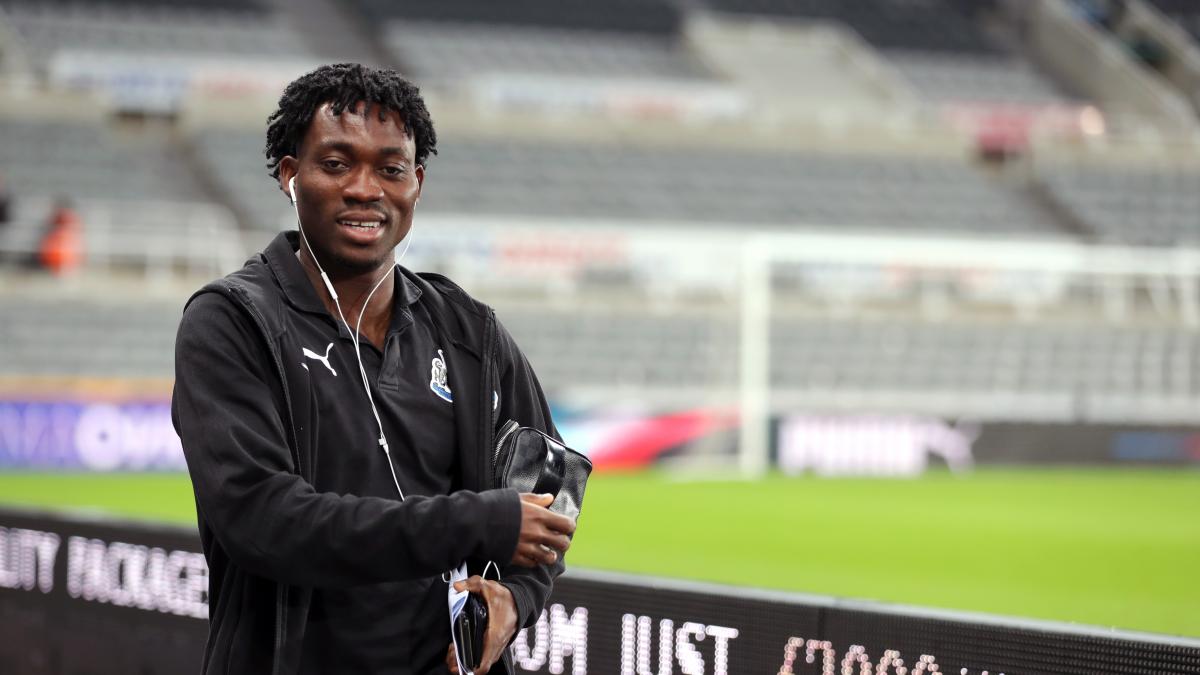 The teary young fellow expressed his appreciation to the 27-year-old player, saying that without voluntary help, he would have hopelessly stayed home.

“I am highly grateful to Christian Atsu for his support. Without him, I was going to stay at home”.

“may God bless Christian Atsu and give him more football playing years. He has brought hope to my son.”

Atsu is well known for his big-heart when the star used his wages to help free a family jailed for pinching just over a quids worth of corn.

He also reportedly funded an operation for a gravely ill 62-year-old female prisoner.

The Ghana ace has shelled out thousands of pounds of his own cash alongside the Crime Check Foundation to release some of his homeland's poorest prisoners who were locked up for petty offences.

He has so far donated seven thousand pounds into the Petty Offenders Fund which has been launched by the Crime Check Foundation to take care of misdemeanors.