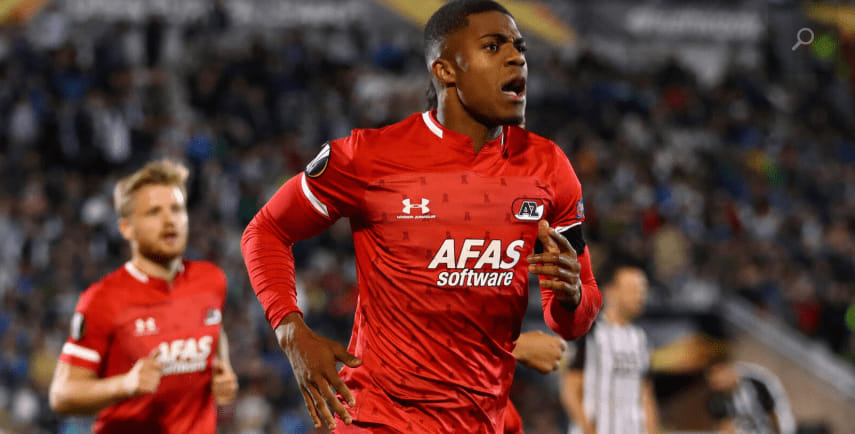 AZ Alkmaar striker Myron Boadu has expressed his happiness after being handed a his maiden call-up to Dutch national team for the European Championship qualifiers against Northern Ireland and Estonia.

The 18-year-old has been in red- hot form for AZ this term, scoring 14 goals and providing 10 assists in the process.

Speaking to De Telegraaf, Boadu said on his first call-up, "I did not expect things to go so fast."

"I am very proud that Calvin and I are among them. Coming here for Oranje is one of the nicest things there is. It can be a fun week, also because Oranje can qualify for the European Championship."

"Then I hope to be selected again in March and, if all goes well, to go to the European Championship. I will do everything to achieve it," he added.