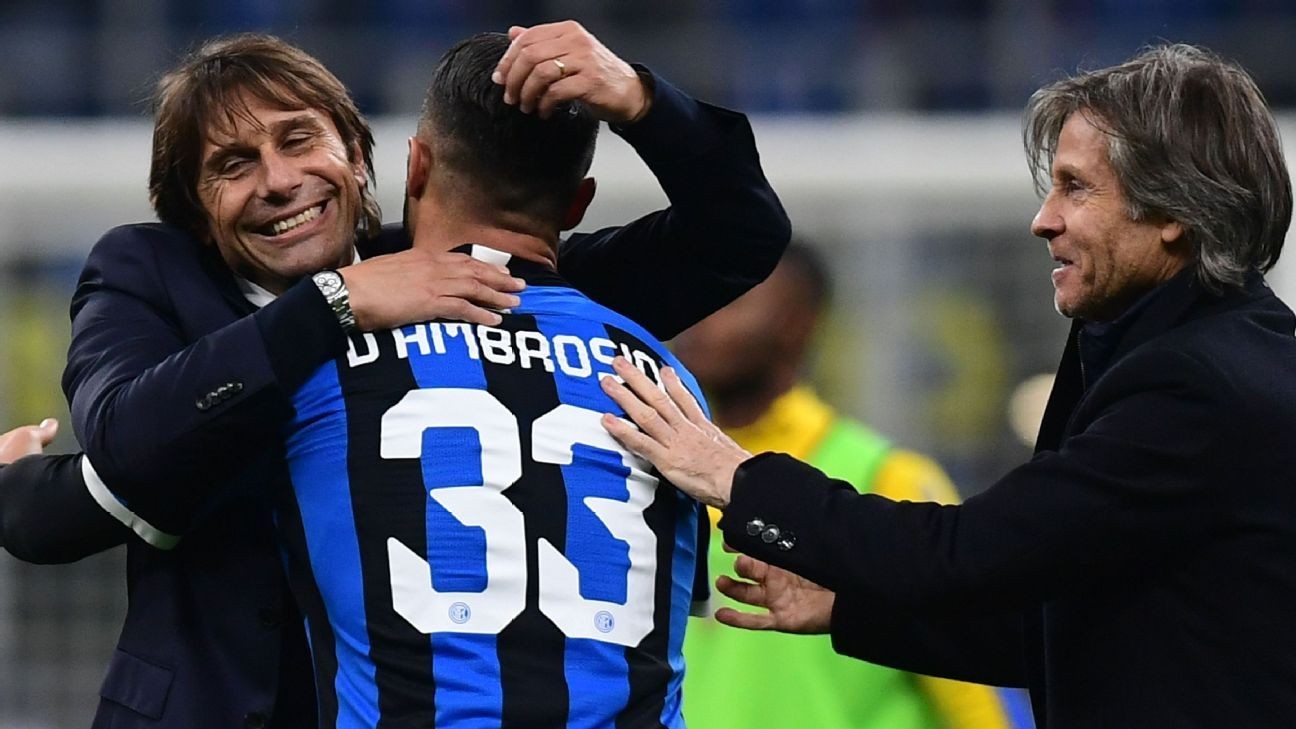 Inter Milan were rewarded for a relentless second-half performance when a magnificent strike from Nicolo Barella gave them a 2-1 win over Verona after the visitors had taken a shock first-half lead in Serie A on Saturday.

Valerio Verre put Verona ahead with a penalty in the 19th minute, adding to Inter's problems after they blew a 2-0 lead and lost 3-2 to Borussia Dortmund in the Champions League on Tuesday.

Inter spent the entire second half camped in the Verona half and their pressure paid off when Matias Vecino headed the equaliser from Valentino Lazaro's cross in the 65th minute.

Romelu Lukaku squandered an excellent chance by heading the ball straight at goalkeeper Marco Silvestri but Barella spared his blushes by scoring with a dipping shot which flew into the far corner from the edge of the area with seven minutes left.

The win took Inter back to the top of Serie A for at least 24 hours until Juventus host AC Milan on Sunday.