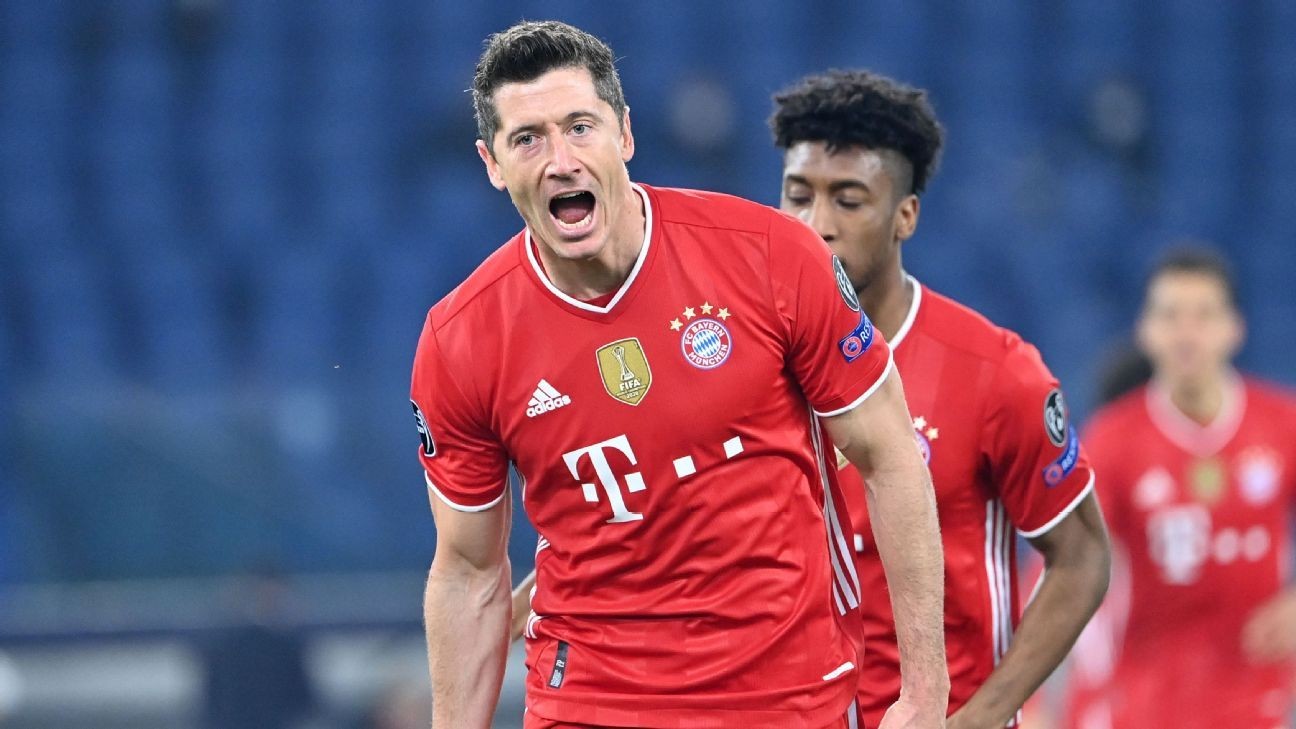 Robert Lewandowski became the Champions League's third top scorer of all time as holders Bayern Munich put one foot in the quarter-finals with a 4-1 thrashing of Lazio in their last-16 first leg in Rome on Tuesday.

The Polish striker pounced on a poorly judged back pass after nine minutes to steer in his 72nd goal in the competition.

In doing so, he surpassed former Real Madrid striker Raul in the competition scoring charts to reach a total only bettered by Juventus' Cristiano Ronaldo, with 134 goals, and Barcelona's Lionel Messi, with 119.

Bayern's 17-year-old midfielder Jamal Musiala doubled their advantage with a well-taken strike and Leroy Sane tapped in a third before the break.

A Francesco Acerbi own goal stretched the visitors' advantage further early in the second half, but Joaquin Correa soon pulled one back for Lazio, whose unbeaten run in the competition came crashing to an end.

It was an 18th consecutive match without defeat for Bayern in the Champions League, 17 of which have been victories, leaving the German champions in a dominant position ahead of the second leg in Munich on March 17.