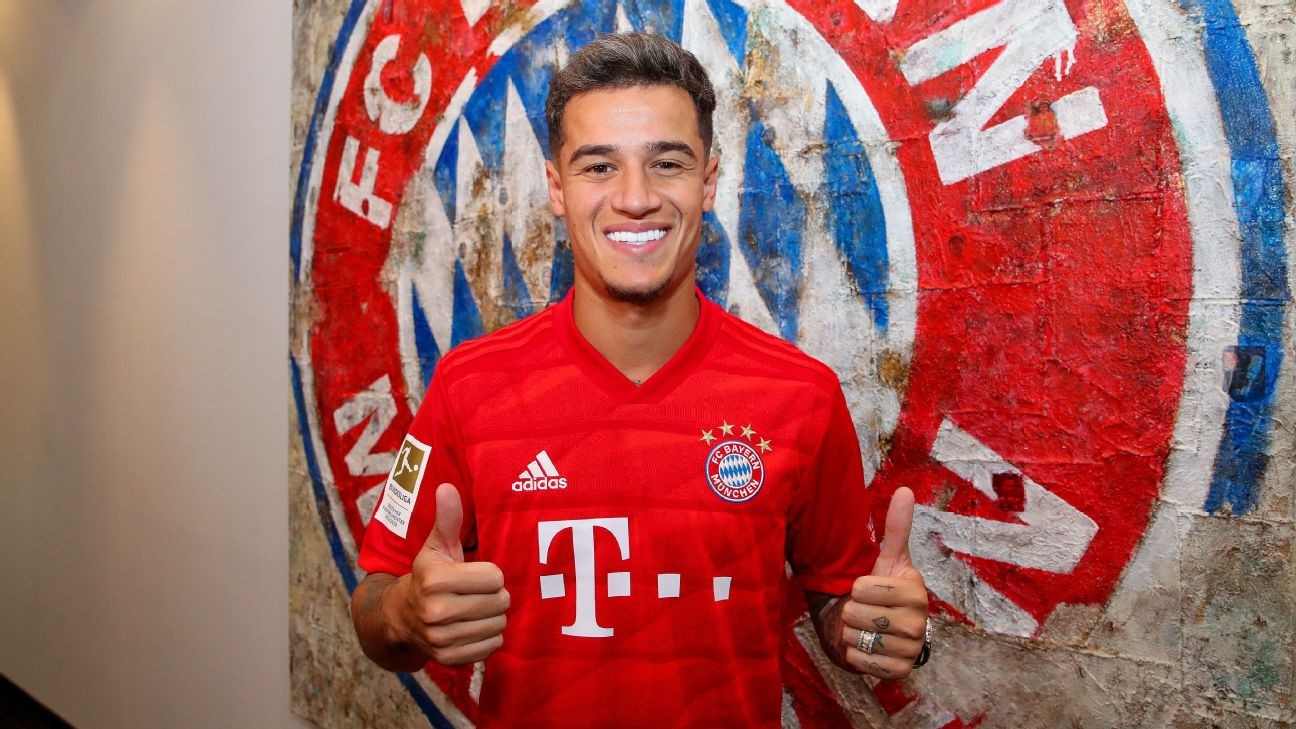 Alejandro Moreno and Craig Burley react to reports Philippe Coutinho will join Bayern Munich on loan and examine how it impacts Barcelona.

Alejandro Moreno delves into the benefits a departure would have for Philippe Coutinho's confidence and Barcelona's bottom line.

Liverpool boss Jurgen Klopp tells ESPN FC's Melissa Reddy that re-signing Philippe Coutinho from Barcelona would take "big, big money" and "it's not our year for that."

Philippe Coutinho has joined Bayern Munich on loan from Barcelona with the option of a permanent transfer next summer for €120 million.

Bayern will pay Coutinho's full salary for the duration of the loan deal, which will cost them €8.5m.

Upon completing the deal, Bayern's statement read: "All parties have agreed not to disclose any financial details of the agreement." However, Barcelona included details of the loan fee and price to make the deal personal in their announcement.

After completing the move, Coutinho said: "For me, this move means a new challenge in a new country with one of the best clubs in Europe. I'm very much looking forward to that. Like FC Bayern, I have big ambitions and I'm convinced that I can achieve them together with my new teammates."

"I must thank Barcelona," Rummenigge said after his club's 2-2 draw with Hertha Berlin in their Bundesliga opener on Friday.

"I am on very friendly terms with the Barcelona president [Josep Maria Bartomeu], and that, at the end of the day, maybe helped us transfer this player to FC Bayern.

"It's a very important player for us, not only because of his name, but also because of the way he plays. His quality will help our attacking game. We are happy."

Why did Prem teams spend less this window?

Coutinho signed for Barca for €120m plus €40m in add-ons in January 2018 after spending five years in the Premier League at Liverpool.

The 27-year-old scored 21 goals and provided 11 assists in 76 appearances for Barcelona in all competitions, winning two La Liga titles and one Copa del Rey.

The Brazil international's spell at the Catalan club has not always been a smooth one, however, with Barca fans failing to warm to the midfielder.

Coutinho will be more welcome in Germany, according to Bayern manager Niko Kovac.

"In my opinion, not only FC Bayern Munich, but also the entire Bundesliga and the whole of Germany can be delighted to be welcoming such a big-name player to our league," Kovac said.