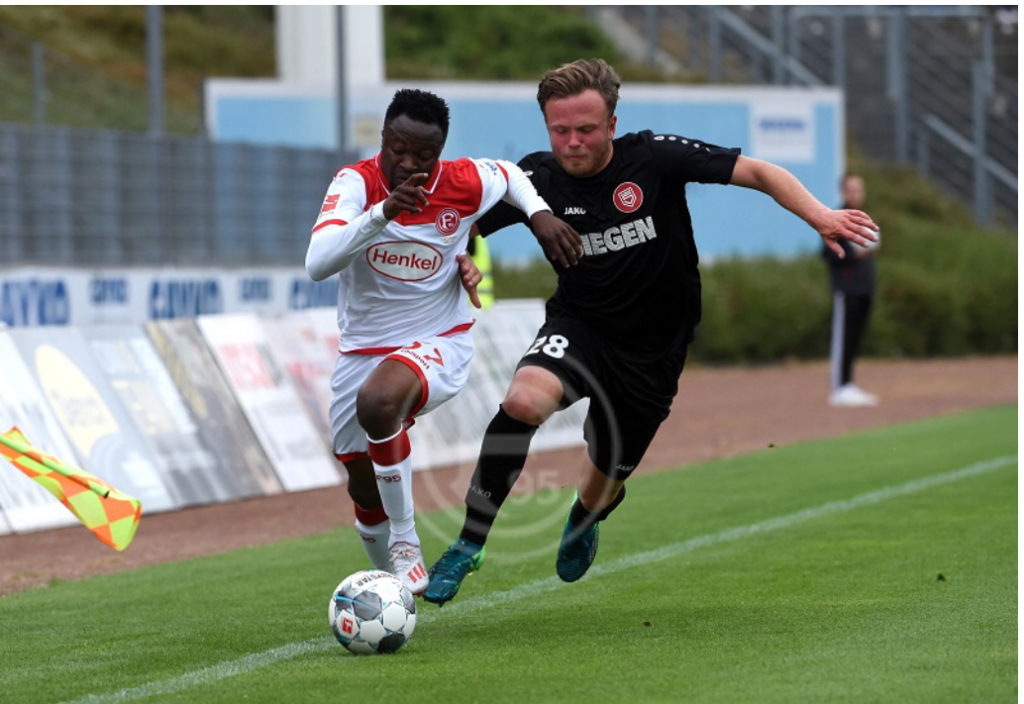 Ghanaian International Bernard Tekpetey has opened his goalscoring account for his new side Fortuna Düsseldorf after finding the back of the net in their 6-0 win over German lower-tier side Siegen.

The two German clubs met in a pre-season friendly last Monday to test the strength of their teams as they continue preparations for the upcoming 2019/2020 season.

In a match dominated by the Bundesliga side, the Ghanaian showed fans of the club what they should expect when the next season stars. His runs at defenders and his inter-passing play caught the eyes of many before he topped it up with a debut goal.

He found the back of the net 31 minutes into play after midfielder Oliver Finke and striker Rouwen Hennings had given Fortuna a two-goal cushion in the 15th and 27th minutes respectively.

The side went on to with the match 6-0 and looks to be in good shape going into next season.

Bernard Tekpetey joined the Red and Whites on a two-year loan deal last week after excelling on his debut campaign at newly promoted Bundesliga side SC Paderborn 07.