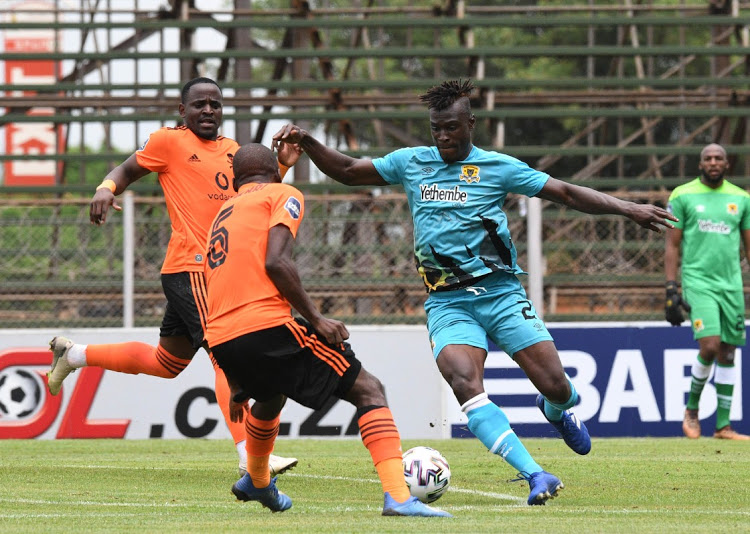 The midfielder and his teammates last Sunday put up a good fight in their encounter against the Soweto-based club in the DStv Premiership.

Speaking in a post-match interview, star midfielder Edwin Gyimah dedicated the win to club chairman David Thidiela who lost his wife Dorothea Ramunenyiwa-Thidiela a couple of weeks ago.

"We played as a unit and deserved to win. We had a meeting with the chairman on Saturday and understood what he wanted us to do. We all know that he is going through a difficult time, and we dedicate this win to the chairman. I think that the win made him happy,” the midfielder shared.

Edwin Gyimah has assured fans that the team will continue to work hard to improve to ensure they win more matches.

“Even the games that we lost, we have been playing well. We were committing small mistakes, but we have a lot of quality in the team and we hope that we will turn the corner and start to win games,” the 29-year-old added.