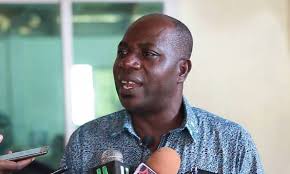 Chairman of the MTN FA Cup Committee, Wilson Artur has apportioned blame on the media for being one of the reasons why there are no sponsorships for football in the country.

The Ghana Premier League, the Division One League, and the Women's Premier League have struggled to get a headline sponsor in most parts of the last decade.

While many believe it is because the sports in the West African country is no more attractive, Wilson Arthur believes part of the blame should be put on sports journalists as well.

“People are not working on getting sponsors for the teams, because they will be attacked by the media by demanding commission", he told Skyy Power 93.5 FM.

The owner of Division One League side Skyy FC added, “Some club presidents also engage in the same. If we don’t change our attitude, our situation will never improve”.

It is worthy to note that the Ghana Premier League, the Division One League, and the Women's League have no headline sponsors this season.