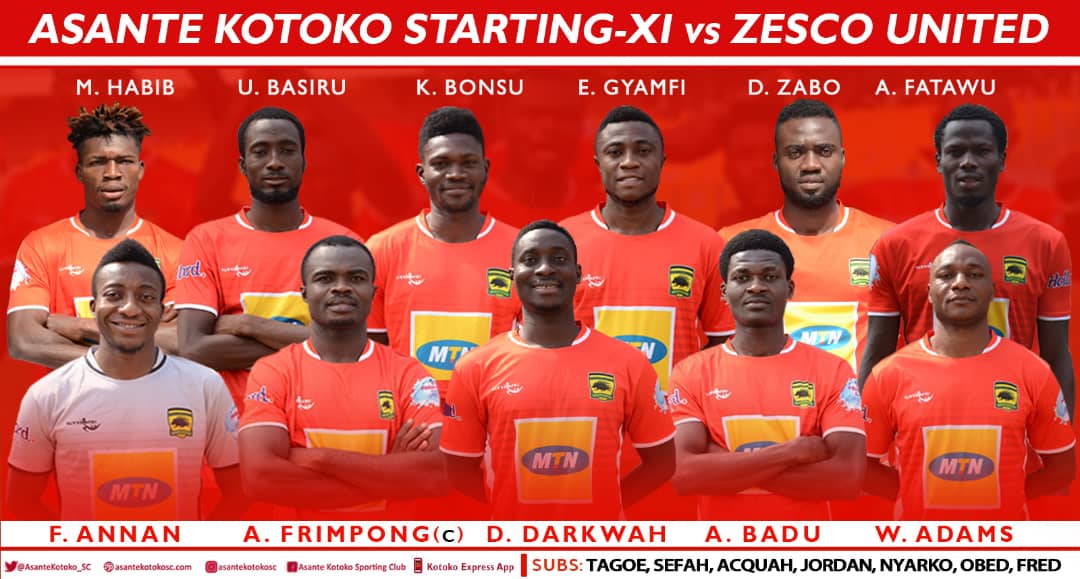 The former Hearts of Oak and AshantiGold gaffer has made two changes in his team that held Sudanese side Al Hilal to a stalemate in the matchday five of the Confederation Cup last weekend at the Baba Yara Stadium.

Ivory Coast international Teguy Zabo will be making his debut for the club as he earned a starting place for their epic clash with Zambian giants.

Also, Habib Mohammed has also returned to the team after watching their last two matches from the bench.

A win for the Porcupine Warriors will see them qualify for the quarter-final of the Caf Condeferation Cup for the first time since 2008.

Below is the full Kotoko line up to face Zesco United: