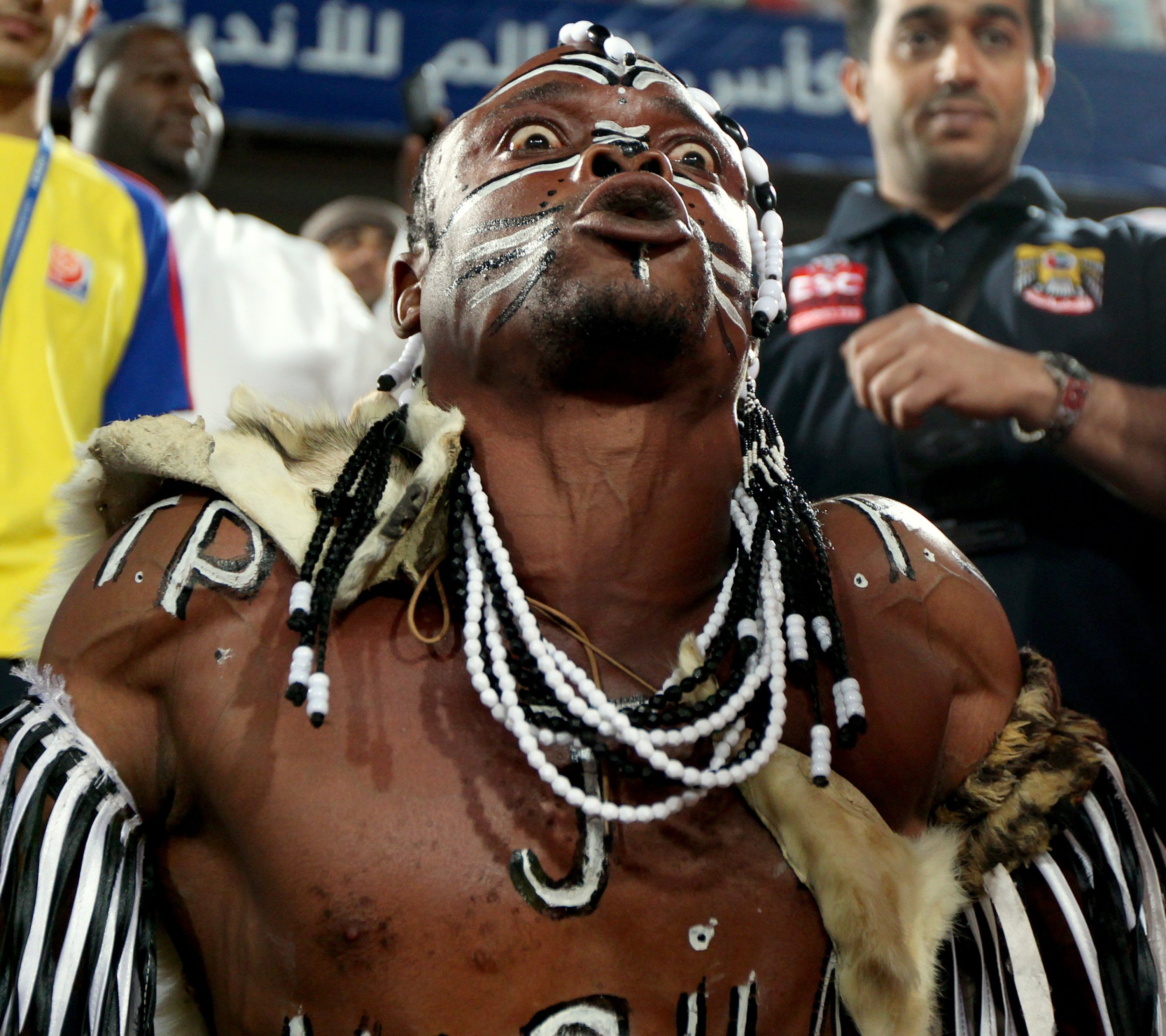 gainst a backdrop of political turmoil and sporadic violence, Congo's Leopards are doing their best to give their compatriots something to celebrate.

After a difficult start—Congo's team went on strike three days before their opening match in a row over unpaid bonuses—the Leopards have emerged as the tournament's surprising standout. The team has the tournament's highest scorer—lanky striker Junior Kabananga, who has scored three times in the opening three matches—and topped a group that included the tournament's most recent winners Ivory Coast, who went out after a 1-0 loss to Morocco on Tuesday.

The Leopards are now preparing for a quarter final on Sunday against Ghana—currently three places below Congo in FIFA's rankings but with a greater pedigree in the competition—as they bid to continue their progress and, ultimately, bring back the trophy for the first time in more than 30 years.

If Congo triumph in the tournament, it would not only be a win for the country's football fans, but a boost for the whole population. Congo, one of Africa's largest and richest countries in terms of natural resources, has been mired in a political stalemate for months after President Joseph Kabila's government failed to organize elections scheduled to take place in late 2016. The government and its opponents hammered out a deal on New Year's Eve, but implementation has been slow and the Catholic bishops who mediated the deal have warned that it could still fall apart.

The captain of the national team, Gabriel Zakuani, tells Newsweek that the team is aware they are carrying the hopes of the Congolese people in the AFCON. "They have nothing else to really smile about at the moment," Zakuani, 30, tells Newsweek via telephone from Gabon. The defender, who plays for English third tier club Northampton Town, says football serves as the only thing that "connects the whole country," with the ongoing political wrangle and continuing violence in the country's restive east serving as sources of division. "When we win a game, it's a party in Congo all the time; when we lose, everyone's down. We literally dictate how the mood of the country is," says Zakuani.

As in many other African countries, football is hugely popular in Congo. The vast central African nation is home to two of the continent's most successful club teams, TP Mazembe and AS Vita—the latter of which is managed by Florent Ibenge, also the coach of the national side. TP Mazembe, in particular, is a great source of national pride: the club has won Africa's Champions League five times, more times than everyone except Egyptian giants Al Ahly. It is owned by Moïse Katumbi, a former governor of the southern Katanga province and presidential aspirant, who has not been shy in investing in the sport: Katumbi has reportedly offered his players a shared bonus of $250,000 for certain fixtures, a huge sum for playing in the country.

The national team, by contrast, has had relatively little success in recent times. The last and only time Congo qualified for the World Cup was in 1974, when the country was ruled by the authoritarian Mobutu Sese Seko. Its last victory in the AFCON was in the same year. But under Ibenge's stewardship, the team has taken great strides recently: the Leopards finished in third place at the 2015 AFCON tournament and were crowned champions in the 2016 African Nations Championship, which comes behind the AFCON in terms of significance. Congo has also climbed to its highest FIFA ranking under Ibenge, peaking at 46 in February 2015 and currently sitting 49th.

The team's performances, as well as football in general, provide some light relief for Congolese from the political turmoil facing the country, says Freddy Matungulu, the leader of the Congo na Biso opposition party and a member of the main opposition Rassemblement ("Rally"), which is negotiating the transitional deal with Kabila's government.

"[Football is] extremely popular. I've been surprised by how closely [European football] is followed here in addition to local competitions. It seems to be some of the only things that are predictable, in contrast with the political situation," says Matungulu.

The opposition politician says that negotiations are entering the "ultimate phase," but that progress has been "extremely slow and tough" in the face of intransigence from the sitting government. Kabila has been in power from 2001; his second and final term officially ended in December 2016. Opposition politicians have accused the government of glissement—a French term meaning "slippage"—allowing the scheduled elections to be pushed back in perpetuity, despite the majority of Congolese wanting Kabila to leave power.

The New Year's Eve deal stated that elections would be held before the end of 2017 and that a unity government would be formed to oversee the transition. But the implementation has stalled and the Congolese Catholic Bishops Conference (CENCO), which mediated the deal, warned on Monday that the deal could disintegrate. "The CENCO is not prepared to mediate indefinitely without results," said a CENCO statement, reported by Reuters.

"I think the best combination would be [forming] a government that is trustworthy and credible with the championship trophy—that would be the best combination possible!" says Matungulu. The opposition politician, who says that he has been following the team's progress closely, says that football can play a role in easing the tensions as the political dialogue reaches a climax. "The real issue is the lack of hope; looking at the way things are going, the future could be better," says Matungulu.

So far, the national team has been doing its bit in raising spirits in Congo. The buzzword fimbu—a term in Congo's Lingala language meaning "whip," a reference to the team beating its opponents—has gained traction on social media. Congo's highest-profile player, Yannick Bolasie—a £25 million ($31.3 million) summer signing in 2016 for English Premier League club Everton—has been an avid cheerleader for the team. The captain Zakuani says that Bolasie, who is not playing at the tournament due to injury, is planning to fly to Gabon for the quarterfinal on Sunday.

While he's keen not to look beyond the Ghana match, Zakuani says that if the Leopards were to win the tournament, it would be the peak of his career. And he says that they will keep playing their part in giving the country something to cheer. "Congo's been a happier place since we've been doing well in the tournament," he says. "We know it's really hard out there but we're doing our best to keep a smile on their faces."