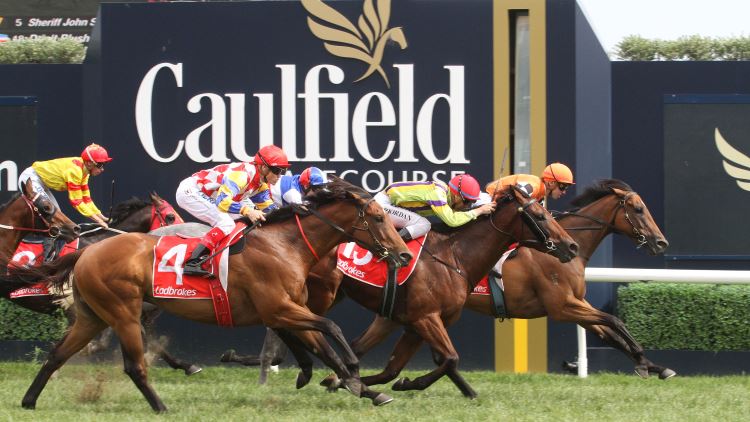 Every Spring in Melbourne, Australia, all horse racing fans circle two very important dates on the calendar. The date that garners the most interest is run on the first Tuesday of November. That's the day of the world-famous Melbourne Cup, a race that Australians refer to as "the race that stops a nation." This race serves as the centrepiece of the Melbourne Cup Carnival, a full week of the finest horse racing Australia has to offer.

Not to be outdone, Spring is also the time when the Melbourne Racing Club Spring Carnival brings racing fans out to witness the running of the historic Caulfield Cup. The importance of the Caulfield Cup is confirmed by the race's inclusion in Australia's unofficial Triple Crown of Racing for three-year-old horses or older. To win the Triple Crown, a horse is required to win the Caulfield Cup, The W.S. Cox Plate, and the Melbourne Cup all in the same year. Note: Rising Fast (1954) was the only horse to sweep all three races.

About the Caulfield Cup

The inaugural Caulfield Cup Day was run back in 1873. Every edition of the race with exception of 1943 has been run at the historic Caulfield Racecourse in Melbourne, Australia. With World War II concerns abound, the 1943 edition was run in split divisions at Flemington Racecourse. Caulfield Cup Day is run in the early part of October with the feature race serving as the centrepiece of the last day of racing during the aforementioned carnival.

Conditions of the Caulfield Cup: The race is a Group 1 event for three-year-olds and up at 2,400 meters (1 1/2 miles) on the turf with a lefthanded turn. As an official handicap race, jockey weights are assigned after entries are recorded. The race carries a total purse of $5,000,000AUS with 60% of the purse going to the winner's ownership. 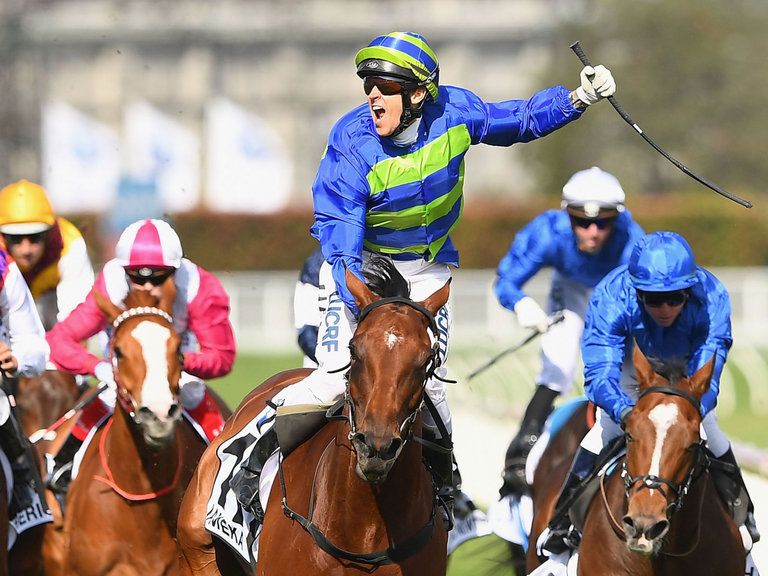 In the jockey and trainer categories, Jockey Scobie Breasley is one of the race's leading riders, riding the winner of four consecutive Caulfield Cups from 1942 to 1945.

Every year, the Caulfield Cup offers horseplayers an opportunity to hit a winner that pays a big price. For bettors who don't want to wait until race day to make their wagers on track, some land-based and online bookmakers in Australia and England will be offering future book odds for months before actual race day. By betting at future book odds, horseplayers are assured of getting big odds on their favourite horses. Of course, there is risk involved, accounting for the higher odds. Any bets made on horses that do not make it into the race are automatic losers.

As this very important race on the Australian horse racing calendar draws near, there will be a lot more information coming out regarding the event and the horses aiming for participation. Stay tuned.