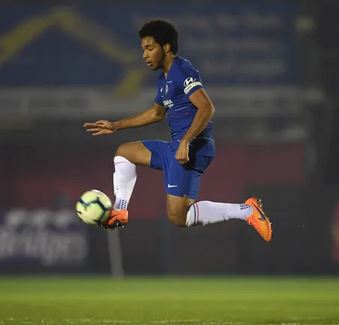 Richard Nartey 21, who joined Chelsea as an under-9 developmental player in 2007 and went through the ranks up to the under-23 level has been released.

His contract with the club expired on June 30 and the Blues made it clear his contract would not be extended.

The defender was sent on a season-long loan to League 1 side, Burton Albion this season were he played 25 league games, but breaking into Chelsea's first team with skipper Cesar Azplicueta and Reece James all being rated ahead of him was always going to be difficult.

FootballGhana.com understands that a return to Burton Albion as a free agent is very much a possibility this summer as manager James Buxton is very keen on signing the English Youth League winner.