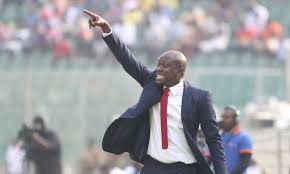 Ghanaian coach, CK Akonnor, has become the third man to be sacked by an African country during the 2022 World Cup qualifiers.

Akonnor took over from Kwesi Appiah in 2020 and led the team to four wins in 10 matches, recording a winning percentage of 40%. His sacking was announced on Monday, 13th September, 2021 after a poor start to the qualifiers, winning 1-0 to Ethiopia and losing by the same score line to South Africa.

Before him, Zimbabwe and South Africa announced the exits of Zdravko Logarusic and Hossam El Badry respectively. Logarusic struggled with the Zimbabwe side, winning just one game in 14 attempts whilst El Badry had not lost a game in ten matches.

Ghana is expected to appoint a new coach in 72 hours after a three-man committee was set up to get the job done.