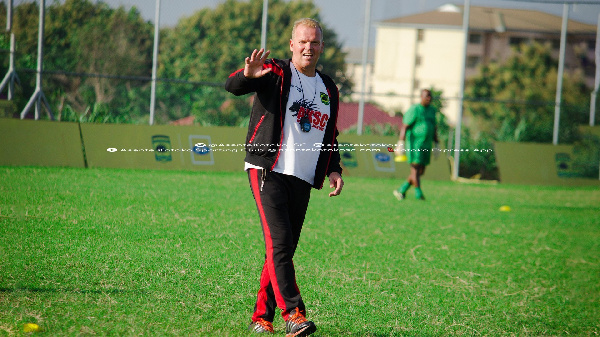 Agent of coach Kjetil Zachariassen, Charles Kouadio has expressed his unhappiness over the unfair treatment by Asante Kotoko to his client.

The Ghana Premier League giants have asked the coach to return to Kumasi by Friday or the necessary actions will taken.

According to reports in the local media, the Norwegian gaffer was no where to be found in Ivory Coast after the Porcupine Warriors crashed out of the Caf Confederation Cup and it is alleged that he is with his family in Ivory Coast.

After Asante Kotoko officially lodged a complaint to the police and immigration service of Cote D'Ivoire, the coach has not shown any sign of his whereabouts.

In an interview on Oyerepa FM, Charles Kouadio said, "Nana Coker is pushing us to do something funny".

"I wanted it a family affair but he is provoking us right now and we might go a long way now".