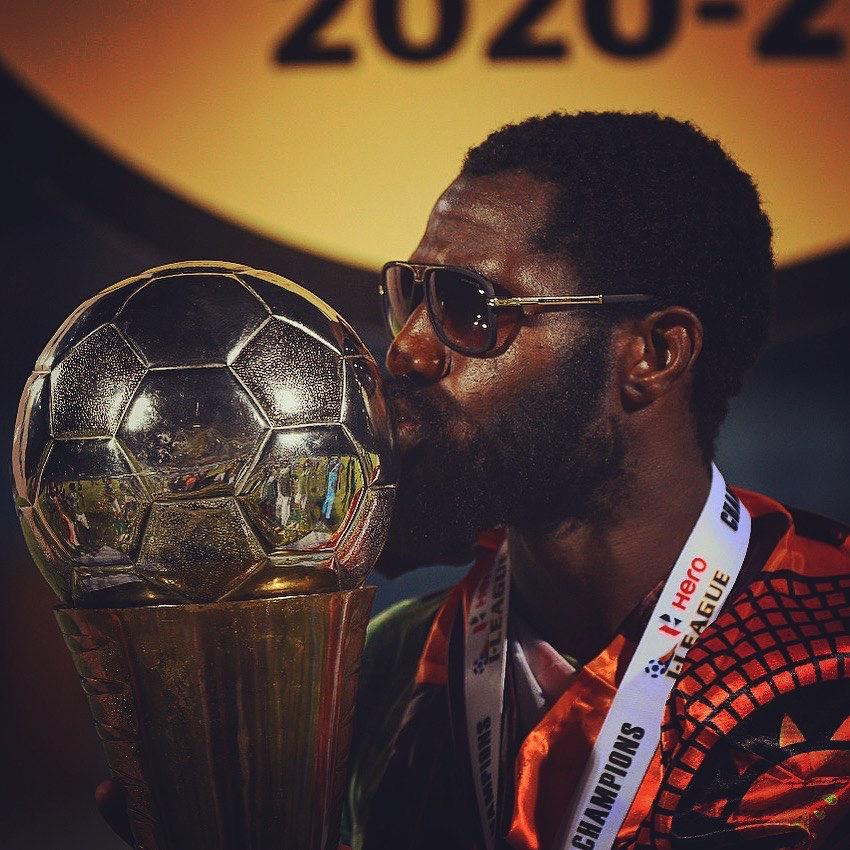 The Ghanaian international won the Indian League 2 title with Gokulam Kerala FC at the end of the 2020 football season.

Gokulam Kerala FC came from behind to beat TRAU FC 4-1 and win the title ahead of closest rivals Churchill Brothers who also won their final match but couldn't bag the trophy.

The Malabarians recorded a breathtaking 4-1 win over TRAU FC on the final day of I-League 2020-21 to win the title on Saturday.

Both Gokulam Kerala and TRAU needed a victory on the final day of the season to win the title and the Kerala side trumped the Manipuri team to bag the coveted title.

Goals from Sharif Mukhammad, Emil Benny, Dennis Agyare Antwi, and Muhammed Rashid in the second half helped Gokulam Kerala FC get the win and the trophy.

At the end of the campaign, the forward impressively scored 11 goals from 15 games while also registering 7 assists to help his team.

After an impressive season, striker Dennis Agyare Antwi believes it is high time attention is given to Ghanaian players plying their trade in the Asian top divisions.

He insists he is ready to represent the national team and wants coach CK Akonnor to look his way for the next national assignment.