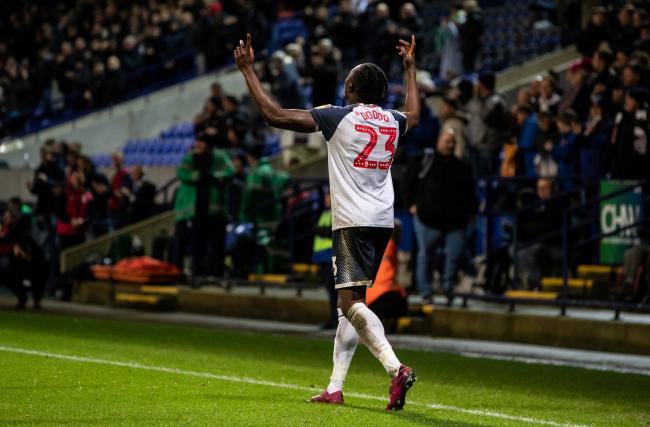 Joe Dodoo scored his goal with a late equaliser for Bolton Wanderers F.C  when they played AFC Wimbledon on Sunday in the EfL league one at the Macron Stadium.

The former Leicester and Rangers front man had waited more than seven hours to find the back of the net for his new club but broke his duck with a dramatic late header to seal a point against AFC Wimbledon.

And after getting off the mark on Saturday evening, Dodoo hopes the late lift can spark a run of scoring form.

“It means a lot,When you play up front you need to get started. I want to continue that same mentality as a winger now and score more.

“I have been very close in the last six or seven weeks and really wanted one to go in so I can go on a run.

“It has been a frustrating run but you’ll get those patches, you just have to keep getting in the box and taking on the shots. You can’t get down about it.

“But to do it at that time in the game to grab an equaliser was unbelievable. I’m really pleased.”