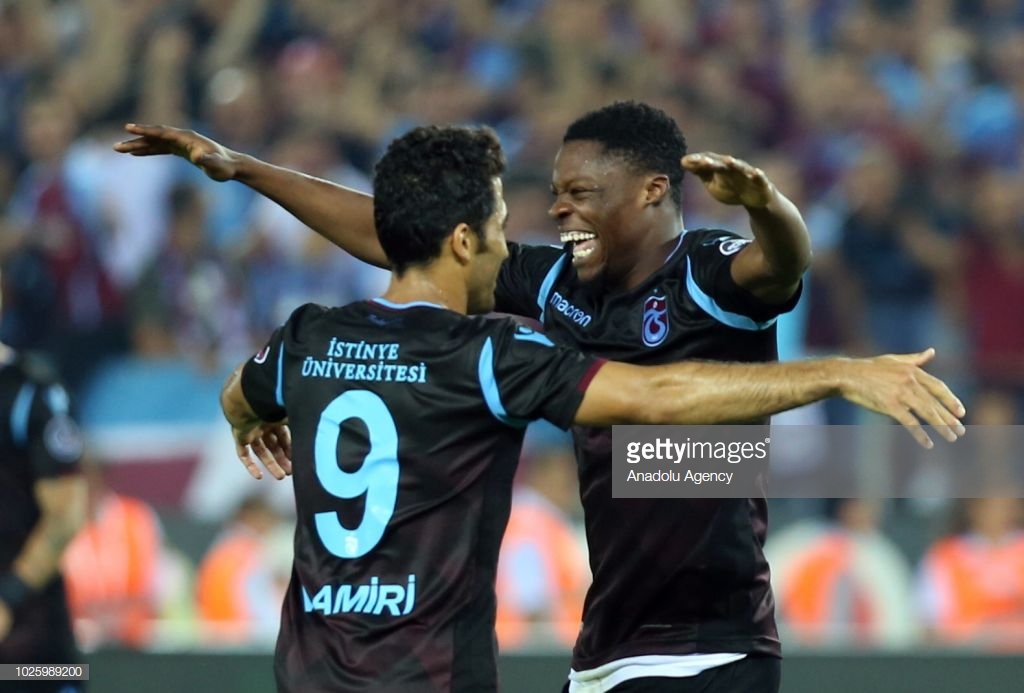 Black Stars striker Caleb Ekuban was instrumental in Trabzonspor’s win as they edged out Benjamin Tetteh’s Sparta Prague in the UEFA Europa League on Thursday evening.

The 25-year-old played the entire 90 mins to ensure that his club made it to the next round of the tournament.

Alexander Soerloth gave the home side the lead after 11 mins but Sparta Prague equalized later in the game via Adam Hlozek’s goal. However, it was Filip Novak who got a late winner for Trabzonspor.

Ekuban scored Trabzonspor’s equalizer in the first-leg tie as he scored and assisted a late equaliser in a 2-2 drawn game.

However, fellow Ghanaian player, Benjamin Tetteh was unable to do much as he played full throttle for his side who ended the game with 10 men.

Trabzonspor have qualified on a 4-3 aggregate.