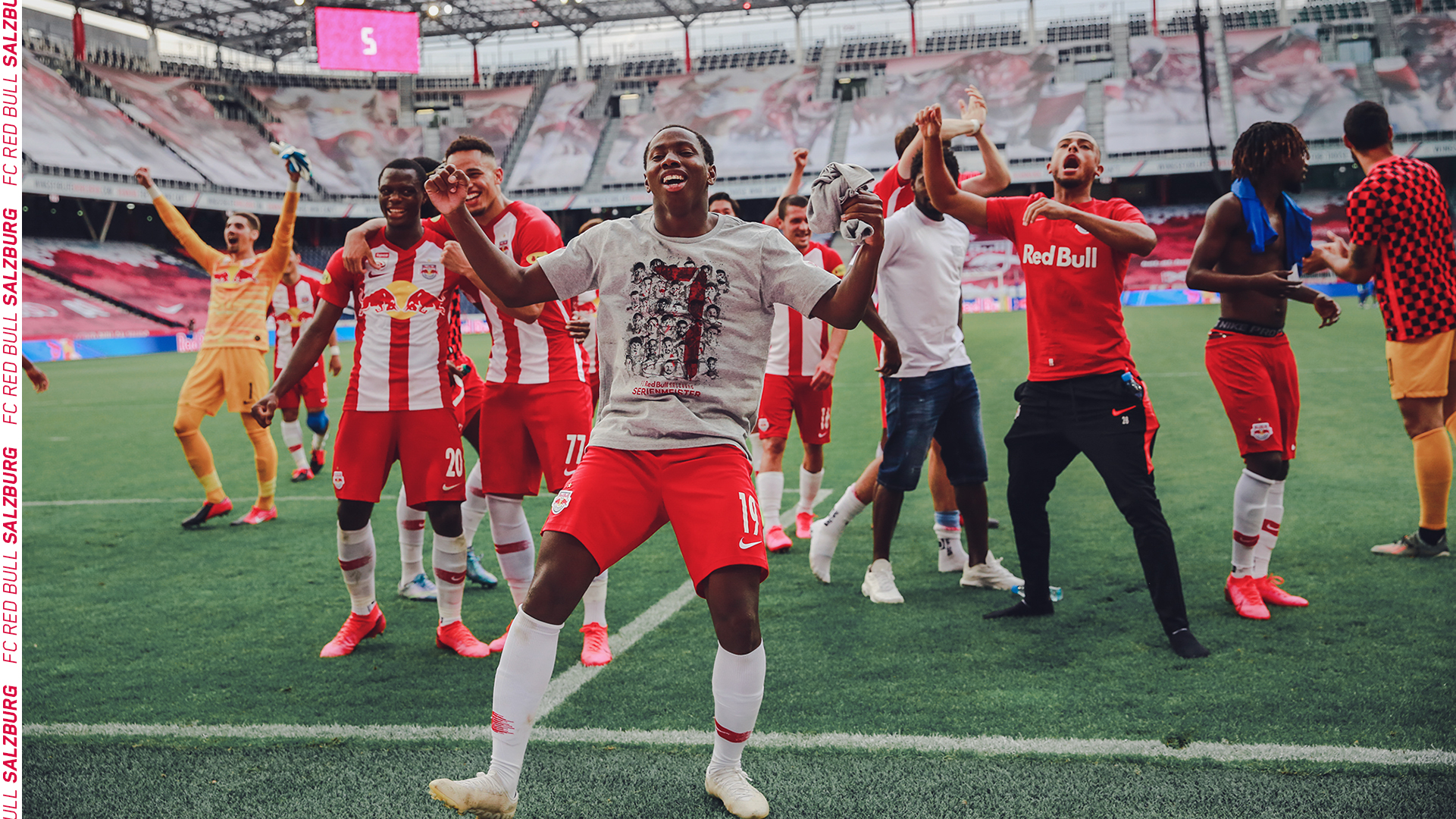 Former WAFA star man, Majeed Ashimeru is set to lift the Austrian Bundesliga title with his Red Bull Salzburg side.

The midfielder who enjoys going forward joined the side in 2017 from Ghana Premier League side WAFA and has since developed significantly.

After going on successive loan spells, he finally got the opportunity of playing a full season with Red Bull Salzburg this term.

Last night, Majeed Ashimeru was in action for his team as they beat Hartberg 3-0. The big win means that Red Bull Salzburg are champions of the Austrian Bundesliga with 2 games to spare.

This season, the Ghana international has been impressive for his side after making 19 appearances and chipping in with 2 goals and 3 assists.

This is his second trophy this season with Salzburg after helping the team to lift the Austrian Domestic Cup last month.