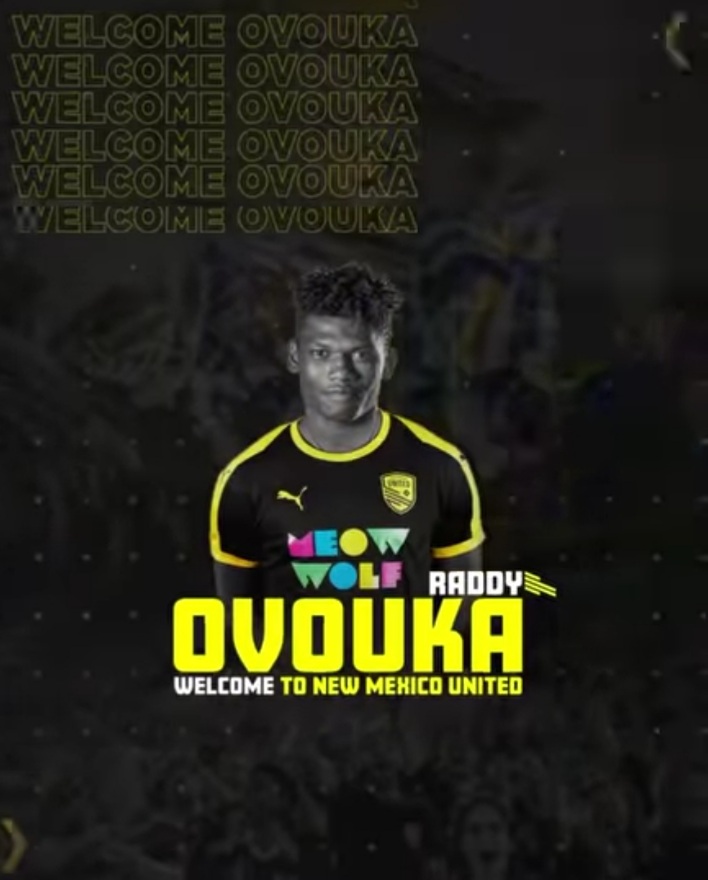 The former Hearts of Oak left back joined the Black and Yellow lads on a season loan deal following a contract dispute.

Ovouka is expected to play at the Isotopes Park until the end of 2022, however he remains a Hearts of Oak player until New Mexico United exercises the right to buy him permanently.

A statement released by the club.

At the end of the season, he was rated as the best left-back in the league following his blistering output.

He received his first call-up to the Congo national team in March 2020 ahead of the team's 2021 Africa Cup of Nations qualifiers against Eswatini.

However, he made his debut on 26 March 2021 playing the entire duration in their goalless draw against Senegal in their 2021 Africa Cup of Nations qualifiers.