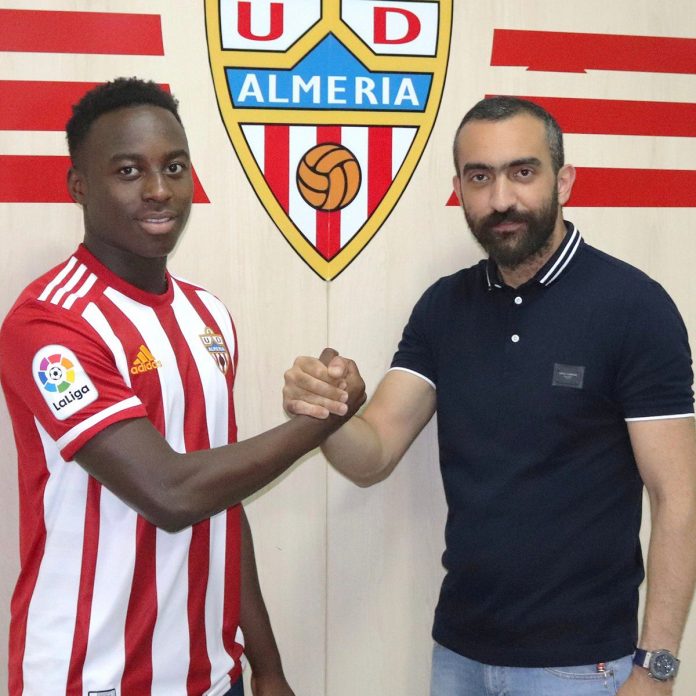 Eyebrows were raised when Nottingham Forest allowed Arvin Appiah to leave for Almeria in the summer of 2019.

The shock was nothing to do with the £8 million that Forest had recouped for the City Ground graduate.

Having been linked with a move to Manchester United previously, some Forest fans felt as though the crown jewels had been stolen.

Fast forward just over two years and Appiah finds himself yet to adapt to life in Spain.

He now finds himself out on loan with Almeria’s divisional rivals, Lugo, where he will seek some badly-needed first-team football.

Appiah made his debut as a second-half substitute, with his new team claiming a decent point against Espanyol.

The 20-year-old made just one league appearance for Almeria during 2020/21 and has fallen down the pecking order under Jose Gomes.

Last season didn’t prove much better. Despite featuring in 21 games, he registered just one goal contribution all season.

Appiah has a contract with the Segunda Division team until 2024 so time is on his side.

During his time at Forest he made eight appearances and scored one goal.

When he notched during an Carabao Cup game against Burton it looked as though he could do a job for the Reds.

Things didn’t transpire though and it proved to be his only goal in the red of Forest.