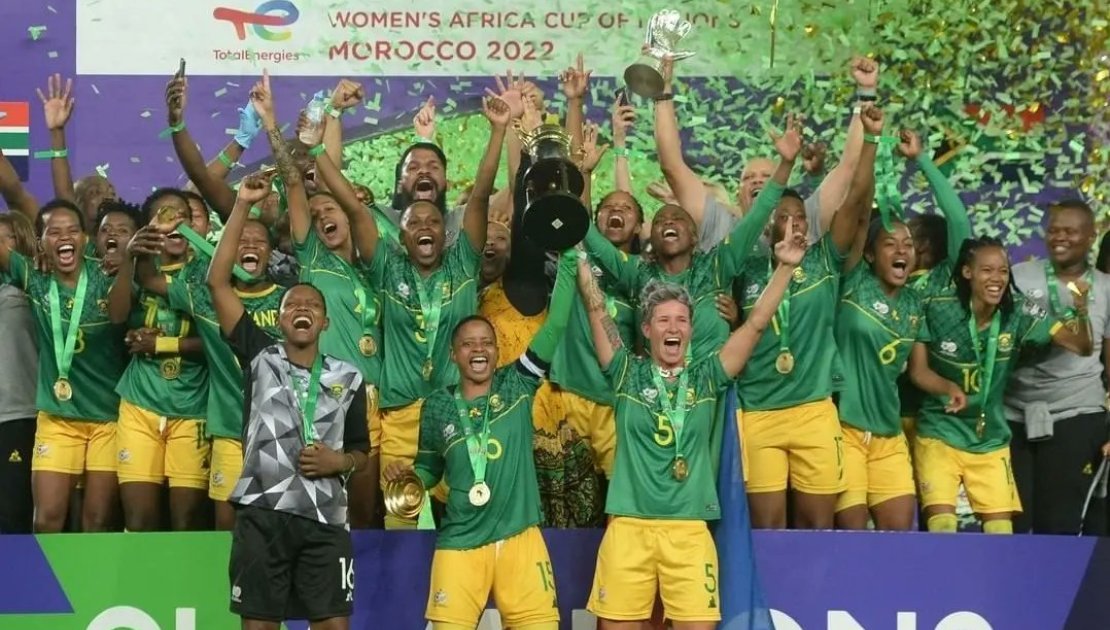 Football is delectable. Women’s football is even delightful. South Africa, after losing five WAFCON finals eventually won, beating host Morocco 2-1 at the WAFCON 2022. South Africa’s win is no shock. If Morocco had won too, it would’ve been fair.

They both deserved the title but the best team won the competition. Zambia, placing third was actually a source of amazement for me but for the very close watchers of women’s game, Zambia’s enthralling form was expected. The pundits say they anticipated a Nigeria fall given how countries like South Africa had risen.

The fact is that success in football over a period just doesn’t happen. United States, Sweden, France, Canada, Brazil, and North Korea are amongst the top ten ranked teams in women’s football in the world. They arrived at that status through careful, deliberate planning; big investment, professionalism in implementing management decisions with firm adherence to abiding practices in the game.

Money is critical in addition to marrying education with sports (football) to groom athletes through the school systems; employing good trainers, modern and proper infrastructure, and well-organised leagues – these form the pillars for the growth of women’s football worldwide. Ghana can’t deviate from these vital ingredients if we truthfully want laurels and also to be counted amongst the best in women’s football.

I’ve seen brilliant FIFA documents providing guidelines to member associations on growing the women’s game. For me, in Ghana’s case, the matter of development goes beyond the GFA. What’s the state’s policy on sports of which women’s football is part?

We can’t develop football and sports with only raw talent and our usual talk. Things like the Black Princesses qualification to the FIFA World Cup in Costa Rica are positive and we’ve to build on such feats. Exploits of Hasaacas Ladies in the maiden CAF Women’s Champions League also show our women’s potential as it forecasts what they could be capable of with money and the right support-factors.

The Black Queens’s inability to qualify for the WAFCON 2022 to me, wasn’t merely because Nigeria, our nemesis, eliminated us. We just didn’t have the quality to stop them and that’s been the case for years. Meanwhile, this same Nigeria have been superbly contained and beaten by South Africa. Development is key in everything.

It’s also about investments. As stated earlier, Ghana sports must have the fulcrum for development right. Without that, whether it’s in football, boxing, or athletics we can’t build teams to compete favourably anywhere beyond our country. It’s time the state especially re-examined the strata for sports development.

What’s the state’s policy on sports financing and infrastructural development for example? If we don’t proper assessments and determine where we want to go and how we’ll get there, I repeat, we wouldn’t be able to rub shoulders with the best in Africa, talk less of the world in any serious competition. It wouldn’t just be women’s football.