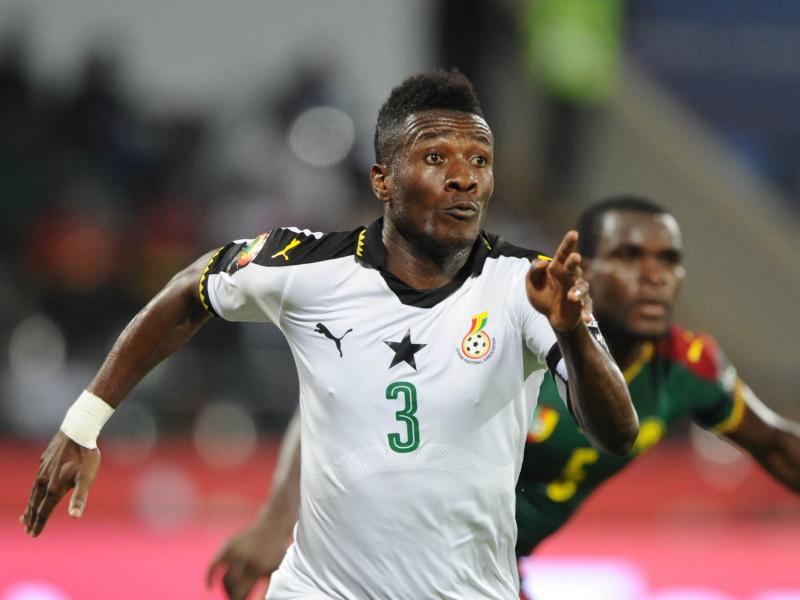 Footballers are not all cut from the same cloth but the sole element that binds them is their love for the game.

Their passion. The freedom to be expressive, to convey ranging personalities and that burning desire to perform at one’s highest potential opens the door for role advancements, as well as the ability to mesh together great skills where it matters most- in between those white lines.

Throughout Ghana’s footballing history is a register of iconic stars that have shone brightly and authored eras of renowned success and domination. Lovers of the game as well as pundits, with or without malice, would attest to this claim. Discussions at football concourses can’t end without featuring such footballers. Asamoah Gyan is one of such.

At 33, Gyan is the all-time leading goal scorer of the Ghana men’s senior national team, the Black Stars, with 51 goals in 107 appearances. He has represented the West African nation in seven Africa Cup of Nations and three FIFA World Cup tournaments.

His six goals at the Mundial makes him the top African goalscorer in the history of the world’s biggest sports competition. He won the BBC African Footballer of the Year in 2010 and was the AFC Champions League Top Scorer and Foreign Player of the Year in 2014 amid several other

The dawn of Gyan’s journey to global stardom began in 2003 when, at age 17, then Liberty Professionals attacker was handed his debut or first national team cap, as the Black Stars engaged Somalia in a 2006 FIFA World Cup Qualifier.

He came on for the more experienced Isaac Boakye in the 62nd minute and ended up scoring in Ghana’s 5-0 win over their opponents. It might not have arrived against the most prestigious of opponents, but it was a competitive match nonetheless and that set him on the road to becoming the country’s top scorer as well as earning him many other accolades.

Born in Accra, Gyan’s talent – like many of his contemporaries - was developed on the streets with countless hours of joyful play and practice. Skinny and skillful Gyan was always seen kicking a ball around on pavements of streets of Ghana’s capital.

Many who have known him from his early years recall the quickness of mind and foot as well as the agility and perfect balance which came to define his play at his peak, and the aforementioned attributes were visible even in those formative years.

The younger brother of Baffour Gyan, himself a former national player, Gyan followed the footsteps of his brother by beginning his career with Liberty Professionals, where his performances attracted several European suitors.

However, it was Italian outfit Udinese Calcio that took the chance on this little-known 18-year-old Ghanaian, although he didn’t get his big break in the senior squad until after a two-year stint at Modena in Serie B. His displays in Italy’s second tier league, where he netted 15 times over two seasons, earned him a place in Ghana’s squad for the 2006 World Cup.

Many insisted that Gyan was still too green for the big stage, suggesting that Ghana coach Ratomir Dujković avoid the audacious risk of enplaning the teenager to Germany, but Gyan, who by that time had scored eight times in 10 appearances for the Black Stars, being key to the team’s first ever World Cup qualification, would go on to quell the apprehension.

He excelled at the World Cup, scoring Ghana’s first ever goal at the competition – a goal against the Czech Republic which would also earn the distinction of being the fastest goal of the tournament. Germany 2006 brought the best out of Gyan. His impressive pace, shooting, strength, and dribbling made him a handful for most of the defenders he faced.

While the scouts took note and circled, the young man decided to stay at Udinese to continue his development at least for another two years.

In 2008, Ghana hosted the 26th edition of the African Cup of Nations. The pressure on the hosts to win the trophy that had eluded them since 1982 was intense.

After a dismal 1-0 win over Namibia, the characteristically unforgiving Ghanaian football fandom searched for a scapegoat and looked no further than Gyan, claiming he was the reason the Black Stars struggled in the game as he missed many scoring chances.

Gyan and his family received death threats that coerced he and his brother, Baffour, to almost vacate the team’s camp, but that was averted by the intervention of their teammates and coaching staff. The Black Stars were eventually eliminated at the semi-finals stage by Cameroon.

French club Rennes came in for Gyan’s services in 2008, a move that saw him find his old form again. The open style of the French game in comparison to that of Italy, allowed the explosive striker to flourish a lot more.

After a year of settling in, the fruits of his labour became ripe in the second campaign. He reached double figures in league goals for the first time in his career as Rennes managed a

top-half finish. Those 13 goals in that 2009/10 Ligue 1 season came at the perfect time for Gyan’s confidence.

2010 presented the continent, via South Africa, the opportunity to host the World Cup for the first time. The host nation in addition to Ghana, Nigeria, Cameroon, Algeria and Ivory Coast were expected to make the continent proud. But it was only Ghana that was able to advance from the group stage, eventually making it to the quarter-finals before narrowly losing to Uruguay in a game that continues to haunt Gyan to this day.

Prior to that fateful night in Johannesburg, Gyan had scored three goals, riding high. But he would soon cut a tragic hero.

As the only African nation left standing, Ghana was not only carrying the hopes of a nation, but that of a whole continent hoping to reach its first-ever semi-final in the history of the World Cup.

The Black Stars started the game with great gusto and shot into the lead in stoppage time of the first half through a Sulley Muntari shot from close to 40 yards out. That moment of individual brilliance would be matched by Diego Forlan just after the break; the Uruguayan skipper curled in a stunning free kick to draw his side level.

With the second half of extra time almost drawing to a close, Ghana pushed for the winner and almost had it - only for Uruguay’s Luis Suarez to turn hero for his nation and villain for Africa by literally saving a Dominic Adiyiah goal-bound header with his hands. The referee whistled for a penalty for Ghana. Suarez was deservedly sent off.

Fans across the continent sat on tenterhooks. Ghana, only on her second appearance, had the chance to make history; to become the first African nation to reach the last four of the World Cup and the responsibility had fallen on the shoulders of Asamoah Gyan. The chosen one.

With his shirt untucked, hands on hips and eyes firmly glued to the ball, he stepped up and found the crossbar, breaking over a billion hearts. Africa’s dream was shattered as the Black

Stars were subsequently eliminated in a penalty shootout. Gyan cried uncontrollably as he knew he would solely be blamed for Ghana’s exit. He indeed received a lot of backlash from Ghanaians.

Many called for his retirement from the national team, but with the faith of a prophet and nerves of steel, he soldiered on in focus and strength, winning more caps, scoring more goals, breaking and setting records with frightening frequency

In a journeyman career that has seen him also play at Sunderland, in the United Arab Emirates (UAE) for Al Ain and Al Ahli Dubai, Rennes in France and Kayserispor in Turkey, he has scored over 100 goals and has won countless team and personal laurels. At Shanghai SIPG, he became one of the world’s highest paid football stars.

Gyan, now 33, can these days be found in India, where he features on the roster of NorthEast United FC. Though his career is laden with records, he remains modest, careful about

overstating his influence. In interviews, he has often emphasized that, to him, it is more about team effort than himself.

Undeniably under-appreciated, Gyan deserves far more love than he normally gets, because while he often divides opinion for his languid style, is sometimes accused of being overweight or even lazy, there can be little doubt that he is a reliable frontman and a proven winner.

Gyan’s trajectory has been eventful: money, controversy and a bucketful of goals. While he has been a class act on the pitch, he has replicated the same off it too. He spends his time in charitable pursuits. His foundation undertakes several projects in various deprived communities in the country. To frame the player as a self-centred individual, is unfair and an image the player feels is exaggerated by journalists.

He is a down-to-earth individual, who has stayed true to his roots by retaining friends he had grown up with. Using the wealth he has accumulated through football, he has purchased cars and properties for them, alongside helping his local community. One of his close friends once described him as “a gift from God”.

For most footballers, winning a major trophy, especially on the national level, is a prized aspiration. Failure to do so this is always considered a blemish on the footballer’s career. Gyan might have failed in this regard, having never won a major trophy with the Black Stars, but the nation surely has not allowed this missing link to devalue Gyan’s legacy.

The reputation of Asamoah Gyan before the Africa Cup of Nations 2019 in Egypt was never in doubt in terms of its weight. It is unfortunate how the infamous captaincy row sort of gave him a bad look- while it was natural for him to feel betrayed, his reaction smacked of entitlement, which in the opinion of many was damaging to his brand.

Even more embarrassing was the presidential intervention, his U-turn, his virtual inactivity in Egypt, and Ghana’s underwhelming campaign. Events over the last few months have dealt an unnecessary blow to his legacy, but it is not too late to change things if he intends on harnessing a few more years of fight from his fading fortunes (fitness problems, loss of form, inactivity at club level).

No matter what happens, the bigger picture is that Gyan will always be a revered legend- he has done enough for the nation to make sure of that. ‘Baby Jet’ is an inspiration for all footballers in the country, a triumphant hero forged from adversity. It is an undeniable fact that he has etched his name in the country’s football folklore.