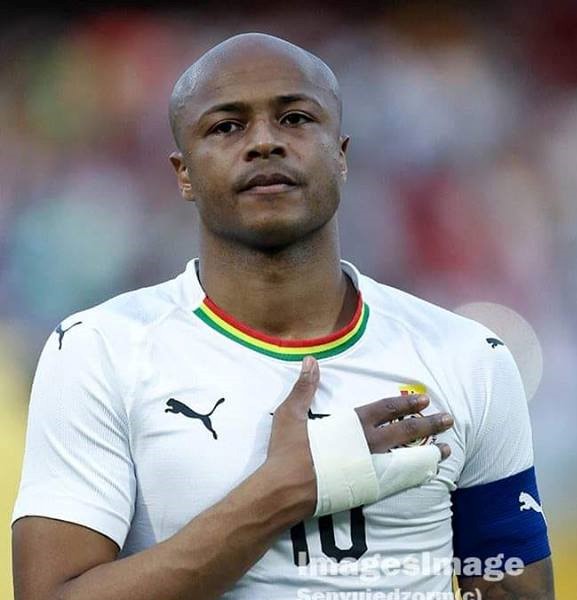 Everywhere you look, there is doubt.

Doubt on TV. Doubt on radio. Doubt on the streets. Ghanaians cannot even trust their own 23 players to want to win a football match for winning sake.

"It is all about the money," a lady said as Adom FM conducted a vox pop at the weekend.

"As for me, I won't even spoil precious time pouring my heart into them. Next thing you know, they are kissing dollars", came another answer, with a nod to the now infamous John Boye photo from Brazil 2014.

These days, the team have gone to pains to blacken anything that paints this picture about them. Their pre-tournament negotiations went without any hint to the public; nobody knows, officially, what the team will earn. Conversely, those of teams like Nigeria, and Cameroon have been publicised.

The announcement that the Stars will camp in Dubai came with public derision, with many decrying the apparent waste of public funds when social services are crying for help. Still, not a word from the team.

Instead, the news filtering from the Jebel Ali base in Dubai was an outpouring of positive vibes. So much that my Joy Sports colleague, Hans Mensah Andoh, openly wondered if it all was a giant, staged facade.

Whatever it is, this Ghana camp has felt...fun. Having followed a few Ghana teams myself - but not this iteration - I cannot help but be caught in the gooey feeling.

But sentiment doesn't win trophies, else Ghana won't be waiting for 37 years. Now that the team has played the PR game so well so far, they have to jump a specific hurdle to win the public back.

That hurdle is the cynicism that Ghanaians, and other Black Stars watchers, have cultivated in a soil of disappointment. In the period of the last six AFCONs, the cycle from the team's first game has been: hope - hope some more - we can do this - oh no - crash!

"I cannot remember a time when the Black Stars were consistent for so long and yet won nothing", mused the veteran Karl Tufuoh on Sunday Night Live.

Never has there been a time that Ghana has played, and made, the semifinals or higher and not won, as many times, as they have now.

Between 1963 and 1970 - a period of four tournaments - the team won consecutive titles, and then finished second in the other two (there were eight teams in an AFCON, at the time).

And then in the three tournaments from 1992 - 1996, they would finish runners up, quarterfinalists, and fourth, respectively.

Which puts their current predicament into sharp relief - it has been six straight semis, since 2008.

"We need a bit of good fortune now, but I think the team has work to do to bring the love of the people fully back," chimes in former Ghana striker Augustine Arhinful.

Mali, on Monday, showed how to do it, against Mauritania. Algeria, a day before, also did same against Kenya. It is not necessarily the scores at full time (4-1 and 2-0 respectively), but how.

There was zip in the play, pace in the movement, and freedom from pressure. Most of all, they delivered. Ghanaian fans are not really that hard to please. Show heart. Take your chances.

It's all up to them, in Ismailia, now.