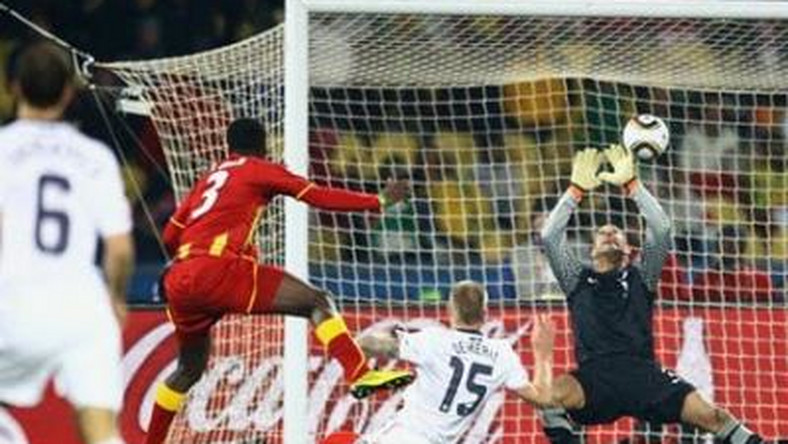 Asamoah Gyan’s achievements with Ghana’s national team throughout an international career spanning 16 years are certainly admirable. The frontman made his debut for the Black Stars in 2003 and, at his most recent appearance in 2019, stands as the nation’s most-capped player and top goalscorer.

Those feats were somewhat unimaginable after his maiden appearance in that 5-0 thrashing of Somalia, despite a goal on his debut, minutes after his introduction by Ralf Zumdick.

That strike made him the youngest ever goalscorer in Ghana’s history, so it was only fitting he went on to become the Black Stars’ top marksman.

His storied career with the West African nation took him to seven Africa Cup of Nations and three World Cups, eventually surpassing Cameroon icon Roger Milla as Africa’s leading scorer at the last in 2014.

The measure of the aforementioned feat is understood when you consider some of the names he supplanted before Milla: Rashidi Yekini, Samuel Eto’o, and Didier Drogba, to name a few.

51 goals for the national team, at an average of a goal every other game, is certainly impressive and his longevity in Ghana’s colours is commendable.

Still, why did Gyan underachieve outside the Black Stars?

In fairness, success is relative, but in this context: the forward’s underwhelming European career is under the spotlight.

This can be traced a questionable loan move to Al Ain from Sunderland in September 2011, a transfer that was eventually made permanent the following year. Still 24 at the time, it seemed odd that a player still yet to hit his prime was leaving European football for Abu Dhabi in the UAE Pro League.

The frontman’s impact in the division was palpable too: he finished top scorer in his first season with 22 goals as Al Zaeem claimed their first title since 2003/04.

Gyan’s influence over the next three campaigns was apparent, with the Abu Dhabi outfit claiming the title twice over that period and thrice in four seasons the Ghanaian spent in the Middle East.

Having failed to reign supreme in the top flight for eight years, the acquisition of the Ghana star – who ended top scorer in three successive seasons – propelled Al Ain to multiple title successes over four years.

The ex-Sunderland star’s tally in each campaign in the UAE Pro League was 22, 31, 29, and 13, truly staggering numbers. For a player whose highest return was 13 at Stade Rennais, this indicated he was a step above the Arabian Gulf League.

Since that final 2014/15 season in the UAE, spells in China, Turkey and India have followed in the last five years, and at 34, the striker is now winding down his career.

However, there’s a belief the BBC African Footballer of the Year for 2010 could’ve had a more successful stint at one of the top European clubs in the 2010s.

As pointed out by then-Sunderland chairman Niall Quinn, all three parties were beneficiaries of Gyan’s move to Al Ain. The Black Cats got a decent fee for the striker, who suddenly became Africa’s highest-paid player, and he duly rewarded the club by leading them to several titles.

The aforementioned, after all, are what’s considered when weighing up a transfer switch in hindsight, and the West African’s move ticked all the boxes.

Nevertheless, what would an alternate reality have looked like professionally had he stayed in Europe?

At the time of his departure, he had scored 23 goals in Ligue 1 and the Premier League combined, which suggested he was primed for a one of the bigger sides on the continent given his upward trajectory.

When looked at closely, however, a leading role at one of top sides in England may have been far-fetched. Manchester City had Sergio Aguero, while Wayne Rooney was Manchester United’s top forward.

2011/12 was to be Didier Drogba’s final campaign at Chelsea, but the Blues were to hand the Stamford Bridge keys to Fernando Torres who they were desperate to see succeed.

Frankly, Gyan likely stood no chance of supplanting any of the aforementioned strikers at the traditional top sides at the time, and that’d probably have been the case at the leading European clubs.

Perhaps envisioning his peak years spent at clubs either in mid-table or slugging it out for European slots, the former Udinese man instead opted for life in the UAE. It’s a transfer, he believes, changed his life forever when reminiscing in 2019.

“Look, I’m going to be honest here, it was the money,” Gyan confessed to FourFourTwo magazine last year [via the National]. “It was too good to turn down, but a hidden detail is that Sunderland accepted a £7 million [Dh33.7m] loan offer for me from Al Ain before even informing me.

“I don’t regret it though because it made me who I am now. I enjoyed playing at Al Ain, I stayed for four seasons, and it changed my life financially forever.”

Unfortunately, the transfer meant he was seldom in the running to be named African Footballer of the Year (his sole appearance in the final three came in 2010 when he came second to Samuel Eto’o), thus somewhat failing to cement his status as one of Africa’s greats.

Nevertheless, Gyan is fulfilled and has no regrets, so perhaps observers needn’t consider alternate possibilities for one of Ghana’s greatest ever players.